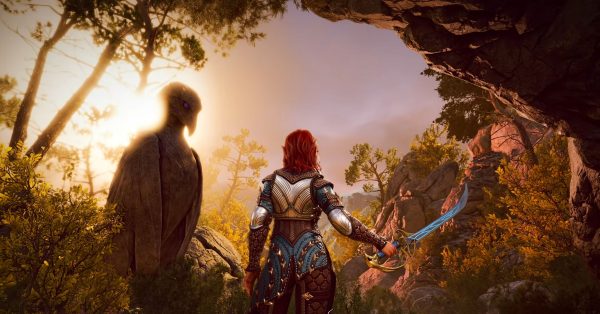 Unless you want to play the Early Access version, it’s going to be a while before you get your hands on Baldur’s Gate 3.

Speaking in an interview with Gamespot, Larian Studios founder Swen Vincke said not to expect Baldur’s Gate 3 to leave early access this year.

Instead, the team at Larian is aiming to release the game in 2022, but there are still “no guarantees,” (thanks, Blue).

“We are really trying to get the game done by next year,” said Vincke. “It’s not gonna release this year for sure.”

That said, the team is currently busy developing content for the game, which is why there has been radio silence since the Druids arrived with Update 4. But the next update is “around the corner,” according to Vincke, and it will be focused on feedback from players. This means it will be more focused on features rather than content.

Since the Druid update was released, four hotfixes have been applied, ranging from fixing crashes to making sure loaded dice will only bend RNG in the rolling character’s favour.

First revealed in June 2019, Larian took Baldur’s Gate 3 to Steam Early Access in October last year. If you have yet to try the early access version, know going in that it isn’t Divinity: Original Sin in a Dungeons & Dragons skin, because nothing in it isn’t touched by Forgotten Realms, as every single part of it is completely specific to that world.

The post Baldur’s Gate 3 studio “trying to get the game done by next year,” but there are no guarantees appeared first on VG247.