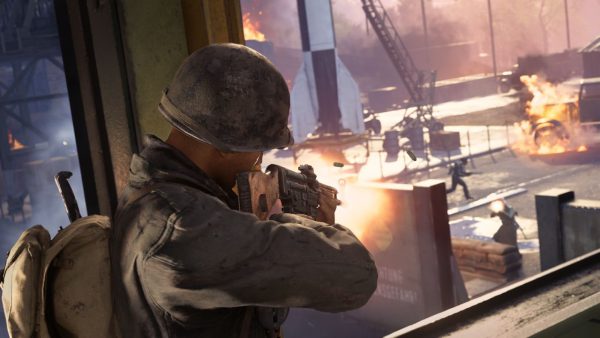 This year’s Call of Duty was a particular focus for Activision in its latest earnings report.

Though it has yet to be officially revealed, Activision was willing to talk more about Call of Duty 2021 – reportedly called Vanguard – as part of its financial performance reveal for Q2 of FY2021.

The game, in development at Sledgehammer Games, is on track for release in the fourth quarter. Activision didn’t touch on the game’s rumoured WW2 setting, but COO Daniel Alegre said it will have “a [setting] that our fans know and love.” Call of Duty 2021 will have the traditional three modes: campaign, co-op and multiplayer. Sledgehammer expanded to its biggest size ever to support ongoing development, according to Activision, and to prepare for “extensive” live service schedule.

Part of this live ops plan is an even deeper integration with Warzone, which president Rob Kostich said will bring about Warzone’s “most significant update” yet. Raven Software is leading the work on Warzone, but the company didn’t elaborate on what those plans could bring. Recent reports said that the battle royale mode will be getting a big WW2-themed map alongside Vanguard’s launch.

More details about the new game, and Warzone’s big updates, will be revealed “very soon.”

Activision Blizzard is currently embroiled in a major lawsuit with California’s Department of Fair Employment and Housing over workplace misconduct, sexual harassment and “frat boy culture”. The lawsuit has given rise to thousands of dissenting voices within the company, with many employees organising walkouts, and singing a petition demanding those responsible be held accountable. CEO Bobby Kotick would later issue a statement calling the company’s initial response “tone deaf”, though without addressing employee demands directly. Since then, Blizzard’s president and HR head have been ousted.

The post Call of Duty 2021 to feature campaign, co-op and multiplayer, will usher in Warzone’s biggest update appeared first on VG247.