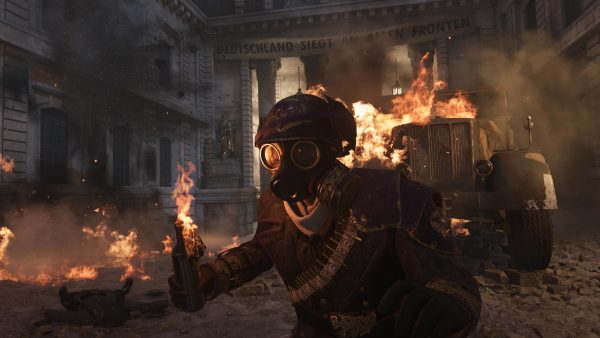 A number of details have leaked from Call of Duty: Vanguard, just a few days ahead of its supposed reveal.

The Season 5 update, which is rolling out now for Black Ops Cold War and Warzone, appears to contain files that directly reference this year’s game: Call of Duty: Vanguard.

Not only that, the files also contain the title treatment and official box art, which, among other things, confirms the reported WW2 setting, as well as the name. Alongside the standard and ultimate edition, there’s also a cross-gen bundle, which means that Activision is also charging an upgrade fee this time around, similar to what it did with Black Ops Cold War.

A few details about the ultimate edition have also leaked, showing the included extra character and weapon skins that players will have access to in the game, as well as other bonuses like battle pass tier skips, double XP and so on.

Also included is early access to the game’s open beta, which has yet to be officially announced, of course – though this does confirm that the game is getting a beta.

Activision has been cracking down on leaks, issuing DMCA takedowns everywhere. We won’t embed the images in this story, but you may still be able to catch a glimpse here and here. There’s no telling how long these links will remain online.

The game is reportedly being revealed a week from now, on August 19. Considering Vanguard files were datamined from Black Ops Cold War, we’re likely getting some sort of in-game event in Warzone that will usher in the announcement.

Activision Blizzard is currently dealing with the repercussions of the State of California’s lawsuit against it, alleging widespread discrimination and abuse. Blizzard has, so far, felt the brunt of the changes, with company president J. Allen Brack, HR head Jesse Meschuk, Diablo 4 director Luis Barriga and a number of other high-profile developers having been let go.