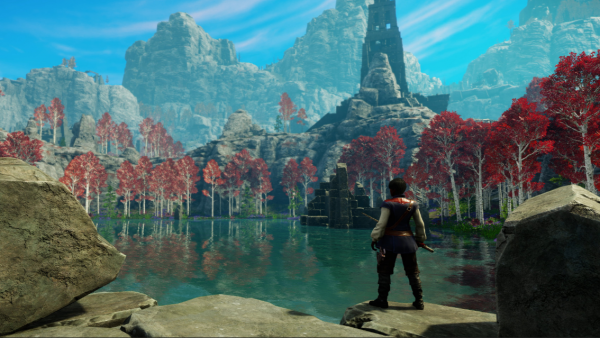 Flops can happen to anyone.

From Tomb Raider: The Angel Of Darkness to Anthem, whether it’s down to an over cynical model, bad management, or an overall weak concept, even the world’s biggest publishers working with some of the world’s most talented developers strike out sometimes – however much money they throw at the problem.

The fledgling Amazon Games found this out the hard way with its first game, Crucible, a 2020 hero shooter that was shuttered less than six months after it was made publicly available.

With New World, there’s evidence that Amazon Games has tried to learn from some of those mistakes, but that still doesn’t make seeding a brand-new MMO, which costs $40 upfront to play, based on new IP no less, any easier.

New World takes players to the magical island of Aeturnum, where warring factions of humans, ghosts and zombies, and angry earth elementals all contend with the Corrupted and the nigh unstoppable force of The Tempest trying to consume the worlds old and new. 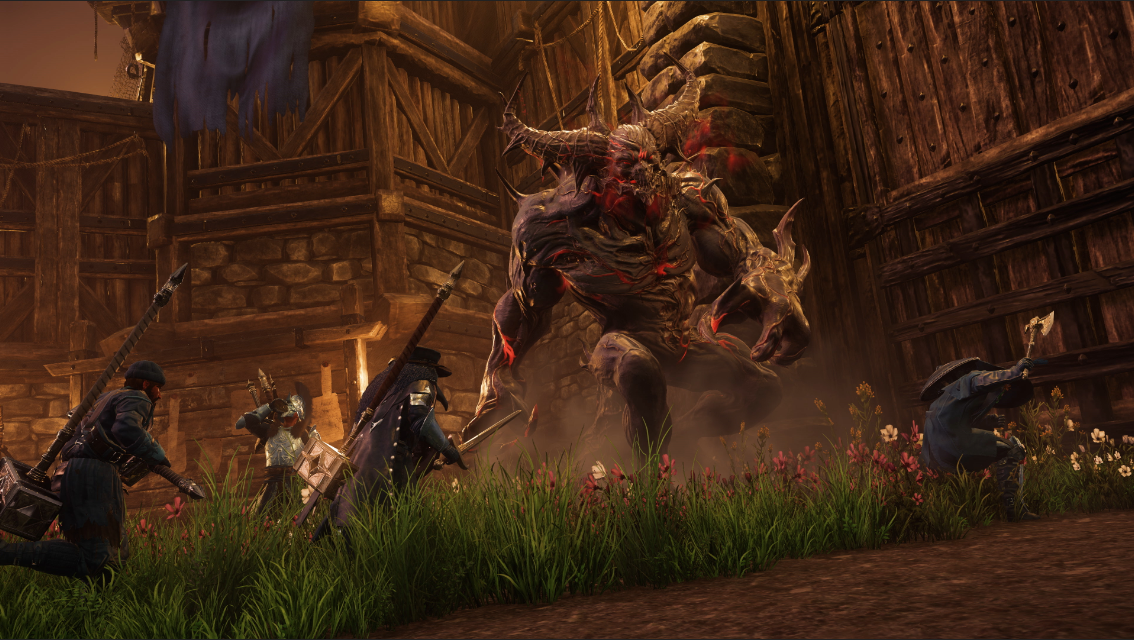 But even with that relatively simple concept, communicating MMOs to new players is very difficult.

There’s always a massive tug-of-war between the destination and the journey. End-game content like raids and high-level PvP is usually said to be where MMOs are at their best, but there’s usually 100s of hours of drudgery to get there.

And without the hook of a grand storyline and sunk-cost fallacy to keep people invested there’s always the risk that if players bounce off your front-loaded best stuff, then they’re probably not coming back.

But unlike Crucible – which feels like it was undermined by a lack of buzz at launch – it looks like New World is gearing up to try and make a good first impression.

First, by building a pool of alpha testers to gather feedback on things like balance and levelling speed before even releasing a wider pre-order beta, it it seems like Amazon is trying to keep its earliest adopters involved, while using their data to create a validating initial experience for pre-order customers – who can contribute to a bit of a positive word-of-mouth.

The only issue there is when players disagree. 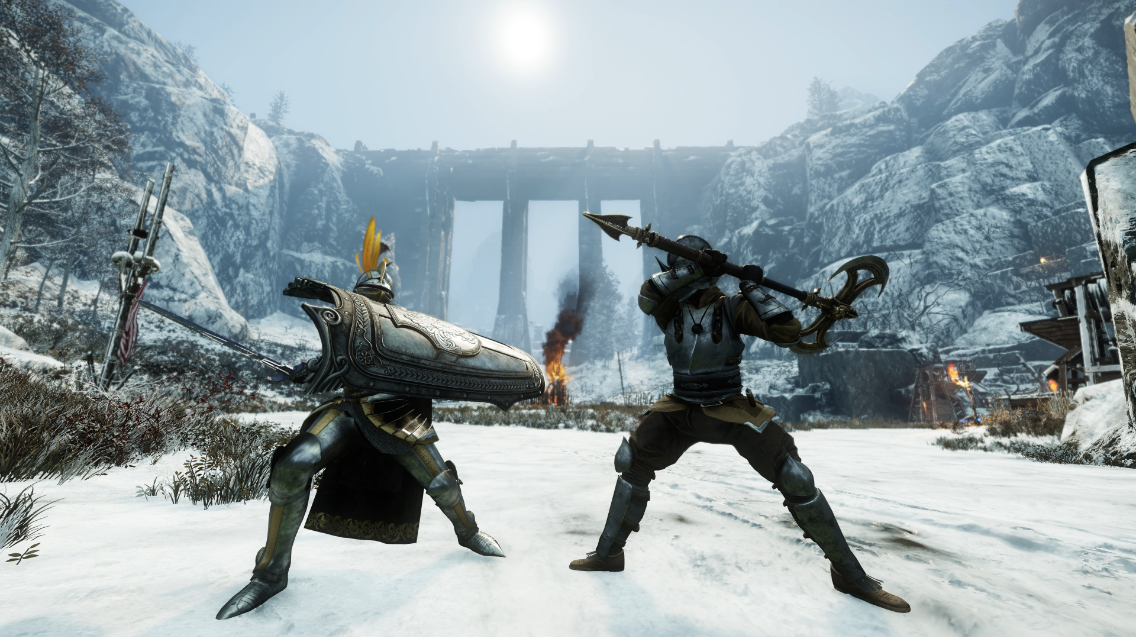 New World was originally supposed to have a big emphasis on PvP, and it still does, with each of the game’s 12 areas on the map able to be won over by one of the human factions, who can then gain bonuses in those zones.

But in an earlier incarnation, New World was all player-killing, all the time, which the dev team eventually thought led to a toxic and oppressive environment. The subsequent implementation of a PvP opt-in toggle is a contentious issue within the community, so it will be interesting to see how this develops as the community expands through betas and eventually the full release.

This shift has meant that New World’s PvE content has needed to stand on its own merits more than it did before, with Amazon Games seeming to expand the magical lore and epic mysticism of Aeturnum and ditch the questionable colonial fantasy.

The scale of the story means it definitely has a lot of road to run, but how interesting it is will likely hinge on the quality of the questing.

From the early-game PvE I played during a hands-on demo, I can see why players would find PvP more exciting.

New World’s combat is action-based, with offensive and defensive abilities, as well as a block action. The sword-and-board action is decent, but there are plenty of other weapons – from heavy hammers to magic projectile-firing staves – to experiment with.

The class-less character builder seems like there’s a lot to delve into as well, with free early-game respecs letting you get a feel for lots of different playstyles and abilities. Plus it’s a use-to-level system, so you could always just grind out another weapon tree if you want more options.

But with that said, with no mounts it feels like your character is running through custard in a huge world that’s atmospheric with some good effects, but can feel very empty when not populated with other players – especially the towns – a bit like a Battle Royale map. 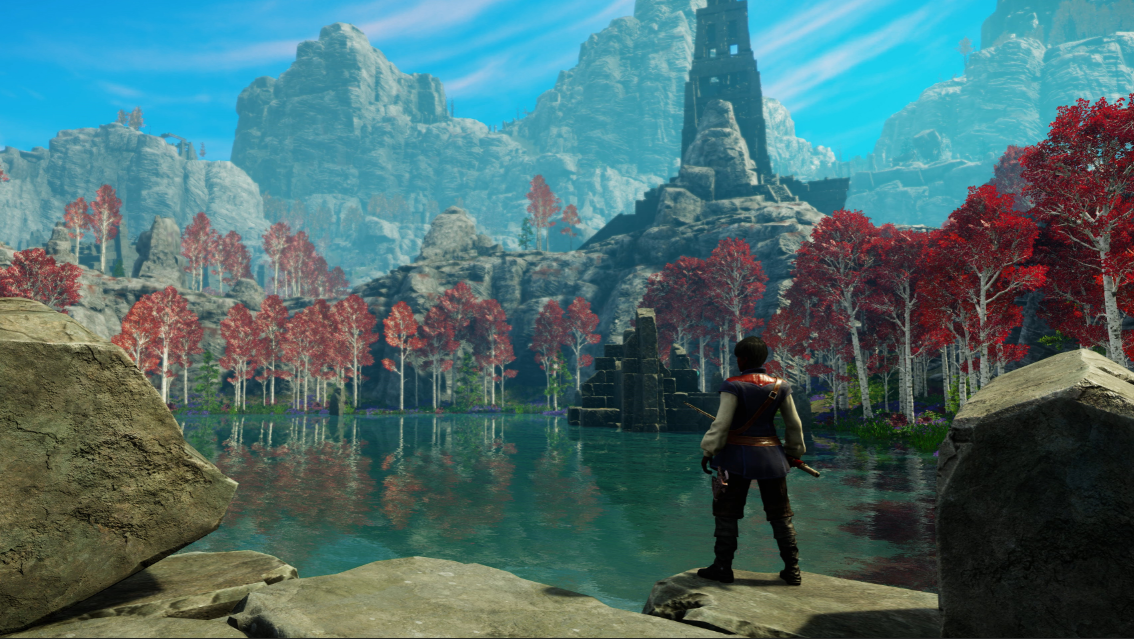 Put that together with some incredibly slow resource gathering and plodding fetch quests, and you can definitely appriciate how large-scale scraps seem more appealing.

The 50 vs 50 player battles we’ve seen before look like a much bigger draw, and there are more high player count game modes for PvP and PvE as well. There’s PvP War, where defenders try to outlast a 30-minute onslaught of siege weapons, or Invasion, a PvE version where players try to keep out the Corrupted from their strongholds.

Then there’s Outpost Rush too, which is supposed to merge PvP and PvE with some players fighting and others gathering resources.

I feel like New World has a chance to find a dedicated audience because of its detailed character progression and competitive metagame of vying for territory, but when Amazon Games has a history of pulling the plug quickly, it also feels like there’s an immense amount of pressure for it to fly out of the gates.

The pay-to-play model seems like the right call to literally invest an audience in the game if it’s going to succeed, but that puts the onus on what seems like a pretty pedestrian early game to make a case for sticking with it.