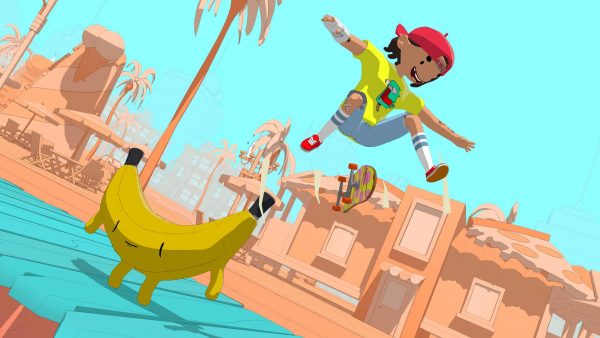 If you’re into skateboarding, razor-sharp platforming, and charming cartoon worlds, you’re going to want to check out the new OlliOlli World gameplay trailer.

Shown off today during the IGN Expo at IGN Summer of Gaming (where we also heard about Doki Doki Literature Club Plus), the new trailer is the closest look we’ve had at the game since it was announced in the April 2021 Nintendo Direct.

Roll7’s curious action platformer asks you to “tear up the streets” of Radlandia and search for the skate gods as you master tricks, meet interesting characters and discover the hidden secrets of the world.

Check out the trailer below.

“OlliOlli World is a bold new skateboarding action platformer that’s bursting with personality,” reads the video blurb. “Flip and flow through the vivid and vibrant world of Radlandia, meeting colorful characters as you grind, trick, and air your way to discover the mystical skate gods on your quest for Gnarvana.”

The game is coming to Nintendo Switch, PS5, PS4, Xbox One, Xbox Series X/S, and PC this winter.