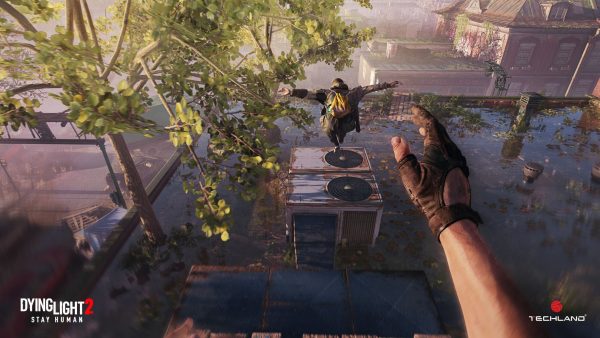 Techland has shed more light on the different modes console players will find in Dying Light 2.

As a cross-gen game, Dying Light 2 wants to take advantage of the advanced power of the PS5 and Xbox Series X/S. Developer Techland plans to do this by offering players two options, as has been common.

The first is a mode that favours visuals, and enhances the scene with ray tracing.

“For players who prefer visual experiences, we have prepared the Quality Mode which, thanks to the use of ray tracing, has significantly improved the quality of the scene, with an emphasis on environment lighting. In Quality Mode players will observe greater accuracy of e.g. volumetric effects and many other frame post-processing elements. The ray tracing itself is then the basis for generating, for example, physically correct shadows,” lead level designer Piotr Pawlaczyk told MP1st.

The other mode will favour performance, and more specifically target 60fps. In fact, Pawlaczyk made it sound like the framerate will be unlocked in that mode, which would work well with a VRR-equipped TV and console. It’s worth noting that VRR is only available on Xbox as of this writing.

“For those who, as you, appreciate smooth gameplay, we have prepared the Performance Mode, which focuses on a high framerate (60FPS + optionally with VRR), making the experience of fast gameplay elements such as a course or combat even more smooth.”

We’ve recently been seeing quite a bit of gameplay from Dying Light 2. It’s set for release December 7 on PC, PS4, PS5, Xbox One, and Xbox Series X/S.

The post Dying Light 2 to offer the choice of ray tracing or 60fps with VRR on PS5 and Xbox Series X/S appeared first on VG247.