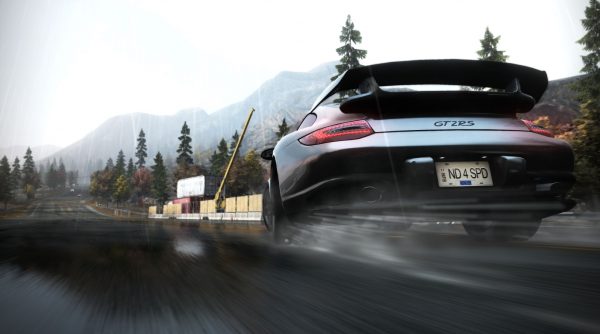 EA has announced that all of its old Need For Speed games have been removed from digital storefronts, making them unavailable to purchase online.

EA has delisted its legacy Need For Speed games, leaving you unable to purchase Need For Speed: Carbon, Shift, Shift 2: Unleashed, Undercover, and The Run via Xbox Live, PSN and other online stores.

The announcement was made on a Bank Holiday in the UK and on Memorial Day in the US, and it almost seems like EA wanted it to pass by without too much uproar.

EA has said that the games will remain available to play if they are already owned, but as of yesterday (May 31) buying any of the games listed above from online storefronts is impossible.

As well as being delisted from the stores, all online services in the affected games go offline August 31. Good luck if you were keen on getting trophies, achievements, and so on that require online play.

As per a post on Reddit, EA said “decisions to retire games are never made easy” and the thinking behind killing support for the legacy titles was made so that the publisher could “shift gears to focus on the future of Need For Speed”.

“We hope you have gotten many victories, satisfying drifts, moments of friendly rivalry, and hours of joy over the last few years out of these games. And we hope you’ll keep driving with us in one of our newer titles,” said the developer.

Back in 2020, we saw the Need for Speed franchise handed back to Criterion. Earlier this year, EA delayed the new Need For Speed and moved Criterion to help with development on Battlefield 6.

The post EA has delisted all of its old Need For Speed games appeared first on VG247.