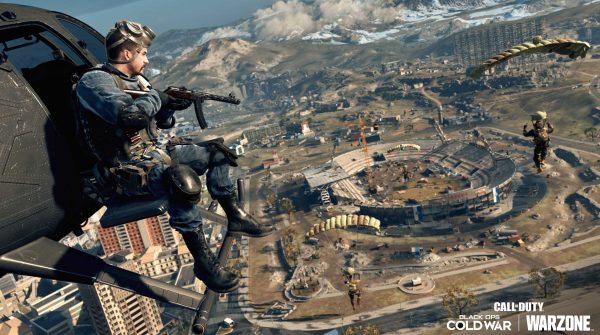 One of Warzone’s new surprise additions made it about a day before it got pulled.

The mid-Season 4 update for Call of Duty: Warzone brought with it a significant number of changes to the battle royale mode, or as developer Raven calls it, Warzone’s “biggest balance update ever”.

But players also grew to expect every patch to introduce some undocumented changes. This time around, there was the DualSense support added to Black Ops Cold War on PC, as well as two other welcome additions to Warzone. Unfortunately, one of those ended up being pulled shortly after the patch went live.

The feature allowed players to edit their loadouts in Warzone’s pre-match lobby. Previously, if you didn’t get your loadout in order before the lobby, you were stuck with your attachment and perk choices until you could get back to the menu.

Being able to quickly edit a loadout during warmup is something players have been asking for since Warzone’s release, and many were surprised to see the undocumented change in the game following the mid-season patch.

Unfortunately, players quickly realised that editing loadouts in the pre-match lobby allows you to spawn into the game with your full loadout, something you’d normally have to claim from a Loadout Drop. Doing this would also give you unlimited Dead Silence – the perk that silences footsteps.

Raven quickly pulled the feature, and confirmed on Twitter that it will return once those bugs have been fixed.

❗We have pushed an update to remove the pre-match lobby Loadout selection.

Players will no longer begin a match with their Loadouts. This also resolves an issue with infinite Dead Silence in core BR modes.

We will re-enable this feature at a later date.

As for the other welcome change that has not been pulled, it simply lets more than one person use the ziplines at once, where they previously could only hold one player at a time. Now, it’s possible for a full squad to quickly get into the roofs of buildings, making those elevated positions harder for campers to defend.

The post Everyone got excited about Warzone’s new loadout-editing feature, then it was removed appeared first on VG247.