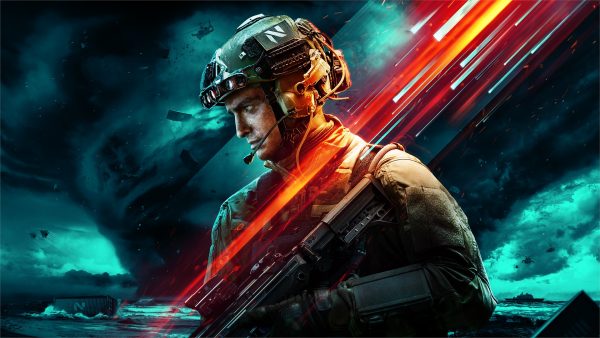 Battlefield 2042 joins the ranks of competitive first-person shooters with multiplayer warfare this fall. Contrary to its confusing name, it’s the next installment of Electronic Arts’ Battlefield series after Battlefield 5. You might know it as “Battlefield 6,” the name that never happened.

Battlefield 2042 takes place in a dystopian future where global warming has escalated to the point of unavoidable disaster, even for first-world powers. Political conflicts and economic fallout lead to a group of people called Non-Patriated (or No-Pats), whose countries have essentially ceased to exist. No-Pats have no affiliation attached to them, making them perfect hires for proxy wars.

Gear up for release day with everything you need to know about this upcoming shooter, whether you’re ready to pre-order or curious about the game as an FPS fan. Here’s what we know so far about Battlefield 2042.

Does Battlefield 2042 have a release date?

Battlefield 2042 launches later this year on October 22, 2021 for PlayStation 5, PlayStation 4, Xbox One, Xbox Series X|S, and PC. Those who pre-order Gold and Ultimate Editions for PlayStation or PC can even access the game as early as October 15. Sorry Xbox fans, this isn’t an Xbox Game Pass launch day title.

Does Battlefield 2042 have crossplay?

Unfortunately, crossplay between platforms is still up in the air. Developers expressed interest but haven’t detailed any concrete plans on crossplay. DICE’s General Manager Oskar Gabrielson hinted that there would be more information about crossplay in the future.

Is there a beta test for Battlefield 2042? 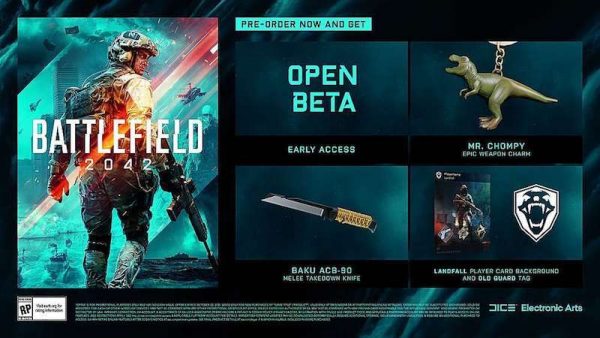 All Battlefield 2042 pre-orders offer access to the open beta. Keep in mind that this isn’t the same as early access to the game, which is only for Gold and Ultimate Edition pre-orders for PlayStation and PC.

There’s no date for the open beta yet. However, there’s apparently an alpha test that’s exclusive to long-time Battlefield players handpicked by the game’s developer, DICE. This alpha test takes place in July, so expect the beta sometime after that.

What editions are available for Battlefield 2042?

Battlefield 2042 has three editions: Standard, Gold, and Ultimate. All of these have pre-order perks and additional DLC depending on the version. For example, as mentioned earlier, Gold and Ultimate offer early access for PlayStation and PC. Gold and Ultimate also offer additional cosmetics for customizing weapons and characters with their higher price points. Ultimate spoils fans with the most bonus content, including a digital artbook and soundtrack.

Where can I pre-order Battlefield 2042?

Battlefield 2042 is available for pre-order at most of the major games and tech retailers that you’d expect. Here’s a few to get started for the Standard Edition:

Check out our Battlefield 2042 pre-orders guide for even more listings, organized by your platform and edition of choice. We also include more detailed information about the perks that come with each edition.

Battlefield 2042 ditches single-player to focus on three multiplayer modes: All-Out Warfare, Hazard Zone, and one other mystery mode. Most game modes feature 128 players for PC, PlayStation 5, and Xbox Series X|S. Unfortunately, because of technical limitations, this number cuts down to 64 players for last-gen consoles.

Hazard Mode seems suspiciously similar to a battle royale, even though EA insists that there’s not going to be one. It’s hard to imagine that the company wouldn’t want to convert some of Call of Duty: Warzone or Fortnite’s fanbase with some kind of counter. If not battle royale, one of these modes might at least be a free-to-play experience.

EA promised more gameplay during EA Play on July 22. Before the main event, the company also plans to host five developer-led panels focused on different topics in gaming. First up is “The Future of First-Person Shooters” panel, which onlookers expect to feature Battlefield 2042 and Apex Legends.

The post Everything we know so far about Battlefield 2042 appeared first on VG247.