Hopper and Eleven are both legendary creatures, each with the “Friends Forever” ability, which allows you to use them partnered with one another to simultaneously lead a Commander deck. Here’s what they look like: 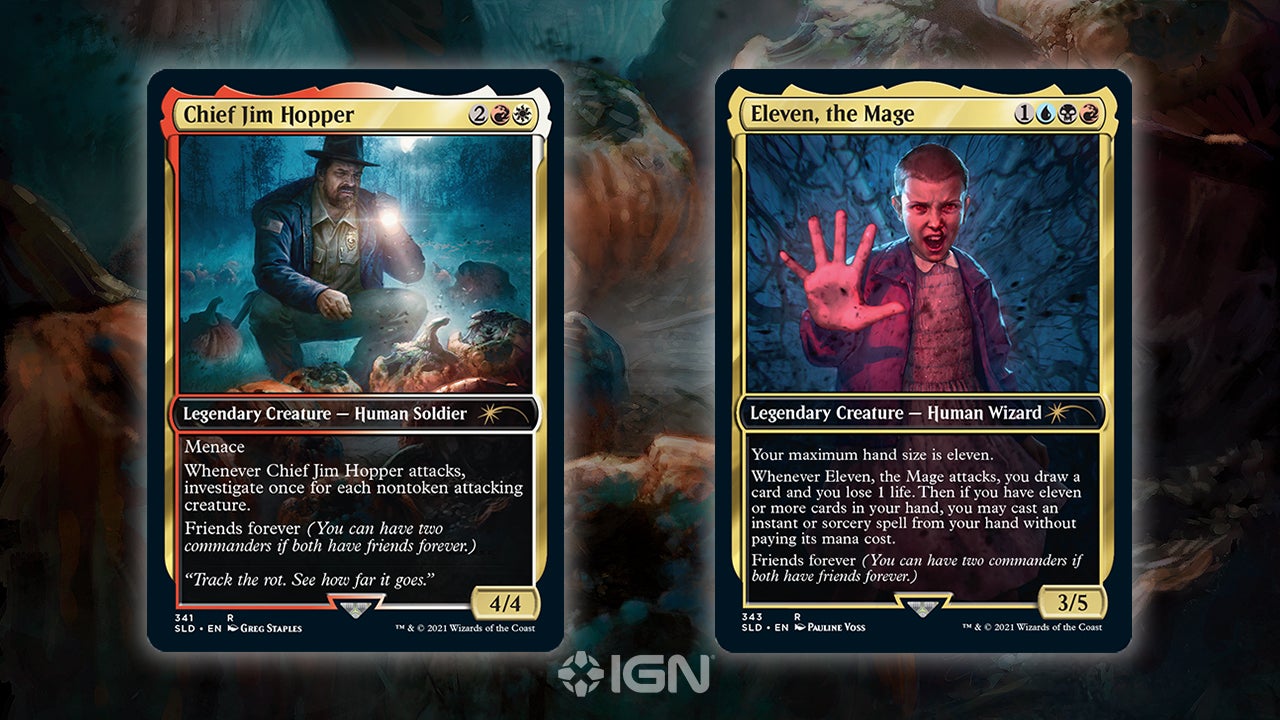 The Stranger Things Secret Lair will have a total of eight mechanically unique cards (as well as a Stranger Things-themed Clue token) with full details set to be revealed on an official Wizards of the Coast livestream at 2:30pm PT today. The set will be released alongside six other Secret Lairs as part of Magic’s “October Superdrop,” which kicks off preorders next week on October 18.

This isn’t the first time Magic has done a crossover with a popular TV show, and it probably won’t be the last either. A promotional set raising money for charity introduced My Little Pony cards in 2019, while a Secret Lair with characters from The Walking Dead launched in 2020. Wizards of the Coast has also already announced upcoming crossovers with Street Fighter, Fortnite, Lord of the Rings, and Warhammer 40k.

WOTC says The Walking Dead was the most popular Secret Lair it has made to date in terms of sales, but Universes Beyond has also spurred uncertainty about Magic's future among some fans. Many are excited by the tie-ins and the new players The Walking Dead proved these crossovers are able to bring in, while others see it as a dilution of Magic’s own world as the number of new sets continues to increase. IGN recently spoke with Wizards of the Coast and dozens of Magic players – from casual fans to Hall of Fame pros – about what Magic's future might look like.