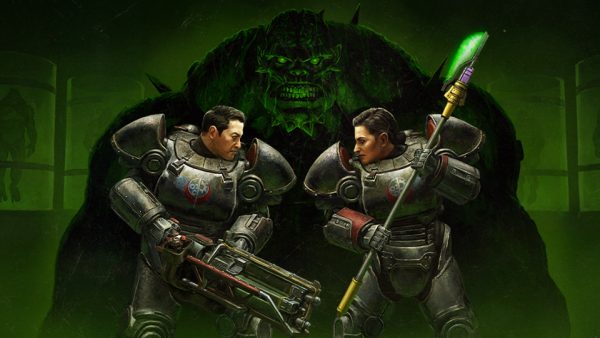 Fallout 76 players will travel to Pittsburg next year in a new Expedition, but before that, you’re getting Steel Reign, a new questline coming soon in a free update.

In Fallout 76 next year, the Pittsburg Expedition will have you exploring the irradiated ruins. First introduced in Fallout 3, the devastated city is now dull of mutated deziens and other threats.

Until then, there’s the next Appalachian chapter of The Brotherhood of Steel called Steel Reign. The new questline is coming soon in a free update for all players.

Previously in the Steel Dawn questline, the Appalachian Brotherhood was victorious in the battle at Fort Atlas but was left a bit battered.

In Steel Reign, you will travel to brand-new locations, unlock new items, and try to bring peace to Appalachia while trying to navigate between Paladin Rahmani and Knight Shin.

In the lead-up to Steel Reign, you can assist the Brotherhood of Steel and expand their influence across Appalachia during the Coming Storm event which is going on June 15 through July 6.

Finally, until June 16, all newcomers can participate in the game’s Free Week. Play for free and carry over your progress once the Free Week concludes by purchasing the Base or Deluxe edition of the game, both of which are available at a discount.

The post Fallout 76 players will travel to Pittsburg next year, until then there’s the Steel Reign update coming soon appeared first on VG247.