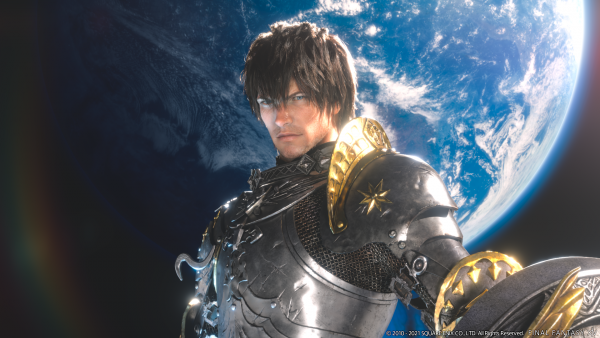 While his development studio is now making the sixteenth entry in the series, it’s clear that Naoki Yoshida’s heart will forever belong to Final Fantasy 14.

After all, it’s the beleaguered MMO that he rescued from disaster, transforming it from a franchise-endangering misfire to what is widely celebrated as one of the best episodes in a very beloved franchise. That transformation also made Yoshida into a beloved gaming celebrity and a vital piece of Square Enix’s inner apparatus.

Nowhere is Yoshida’s love more apparent than during the regular FF14 Fanfest events. Usually physical events around the globe that sees fans descend to celebrate the MMO and learn more about what’s next for the world of Eorzea, this year it took on a different form thanks to the pandemic – an online, socially-distanced affair with many of the same events taking place but through live streams.

Yoshida continued his traditional role beyond simply being the Director and Producer of the game, essentially being the main star of the event, appearing throughout both to disseminate information on upcoming expansion Final Fantasy 14: Endwalker and to just delight fans through the presence of him and his team. We had an opportunity to catch up with Yoshida – and talked about working through the pandemic, fan service, and specific questions about Endwalker.

VG247: First of all – congratulations on fanfest! It was really lovely to see fans focused on not just the game, but you, your team, and the community. I imagine that must be really energizing after what I’m sure has been a tough year – so let me ask you… you’ve mentioned that you and several others work in the office to maintain space between life and work. Given the pandemic and running a huge MMO, what have you done to unwind and keep that balance?

Naoki Yoshida: First of all, thank you very much for your feedback on the Fan Festival and for your kind words. We were unfortunately forced to cancel our previously planned Fan Festivals due to this difficult global situation, but I am glad that we were able to hold one in a digital format. It was a great motivation for us to see the positive reactions and voices of the community and players. Once again, thank you to all the players and communities around the world!

As for your question, my key to relaxation is… well, it’s not so much a major change but I suppose it would be ‘punctuating’ the aspects of my daily life. Constantly doing the same thing over and over again, or staying in the same environment, can unintentionally lead to stress. It’s true that I lead a busy life with work, but I try to change things up when I feel like I need a break. So, I’ll have a day where I don’t work at all. I might just watch films, read a book or focus all my attention on playing a game. I also love snowboarding, so I’ve taken all the necessary safety precautions against COVID-19 and have driven to the mountains in my own car, complete with my mask. I think this form of switching between mental and physical stimulation is important. 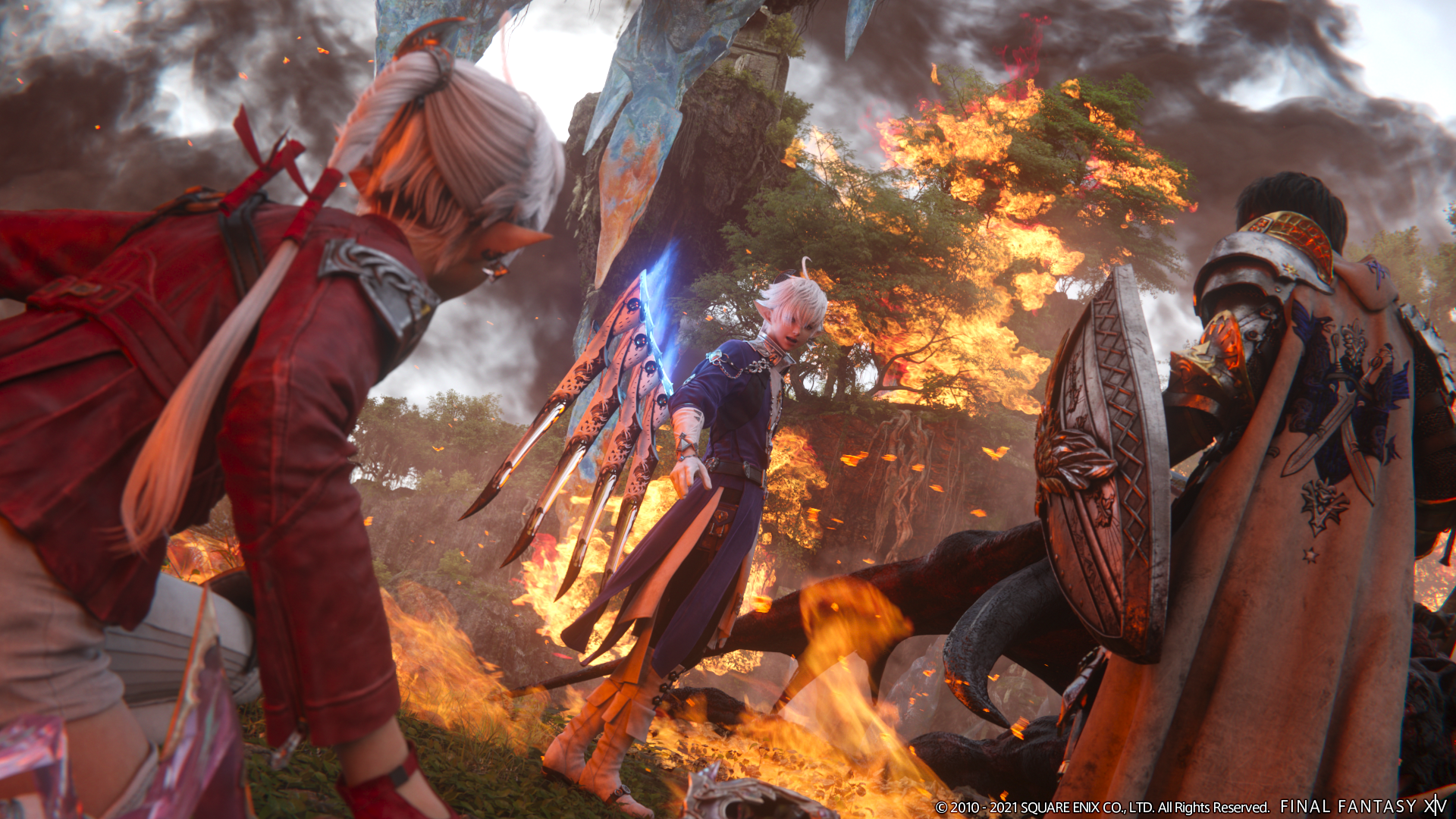 VG247: Switching to talk about the game, since Endwalker is the conclusion of the Zodiark/Hydaelyn arc, are the locations we’re visiting a “wishlist” of sorts?

Yoshida: If anything, there are two things I wanted to do. The first was expressing the “current scope” of the planet Hydaelyn based on how far players can go, which had been conceived and created since the original FF14. This is just one part of elements that will continue to expand in scope. The other is to do with the scale of the world and story’s expansion in FF14. In Shadowbringers we demonstrated the possibilities of journeying to the past, future and the various reflections of the world. Now, just how far will these aspects expand?… please look forward to it.

VG247: With the level cap increasing yet again, how does the team plan to keep the lower-level experience engaging?

Yoshida: I think it’s also affected by the amount of “time” you spend in the “lower levels”. If players would want the low-level experience more engaging, I believe they’re expecting that much time is spent in the low levels. However, apart from the time spent on the story, [with the rise in level cap] the experience is changed so that players don’t forcefully have to grind away in battles, and they can progress more comfortably as they level up rapidly and learn new actions. With each new expansion pack, we make sure to fine-tune the required time and EXP balance for each level tier.

Furthermore, if the early game experience goes by too quickly or players find themselves too busy, conversely it might come across as a difficult aspect among players and lead to player withdrawal. This is a constant concern for the development team and we’re continuing to make sure that is accounted for in this next expansion pack.

The reason why FF14 has been able to grow so much is not only thanks to the existing MMORPG fans, but also because of the importance we place on customers who are new to MMORPGs. It was our intention to design the early stages of the game with care, although they can be a little boring for seasoned veterans of the genre. 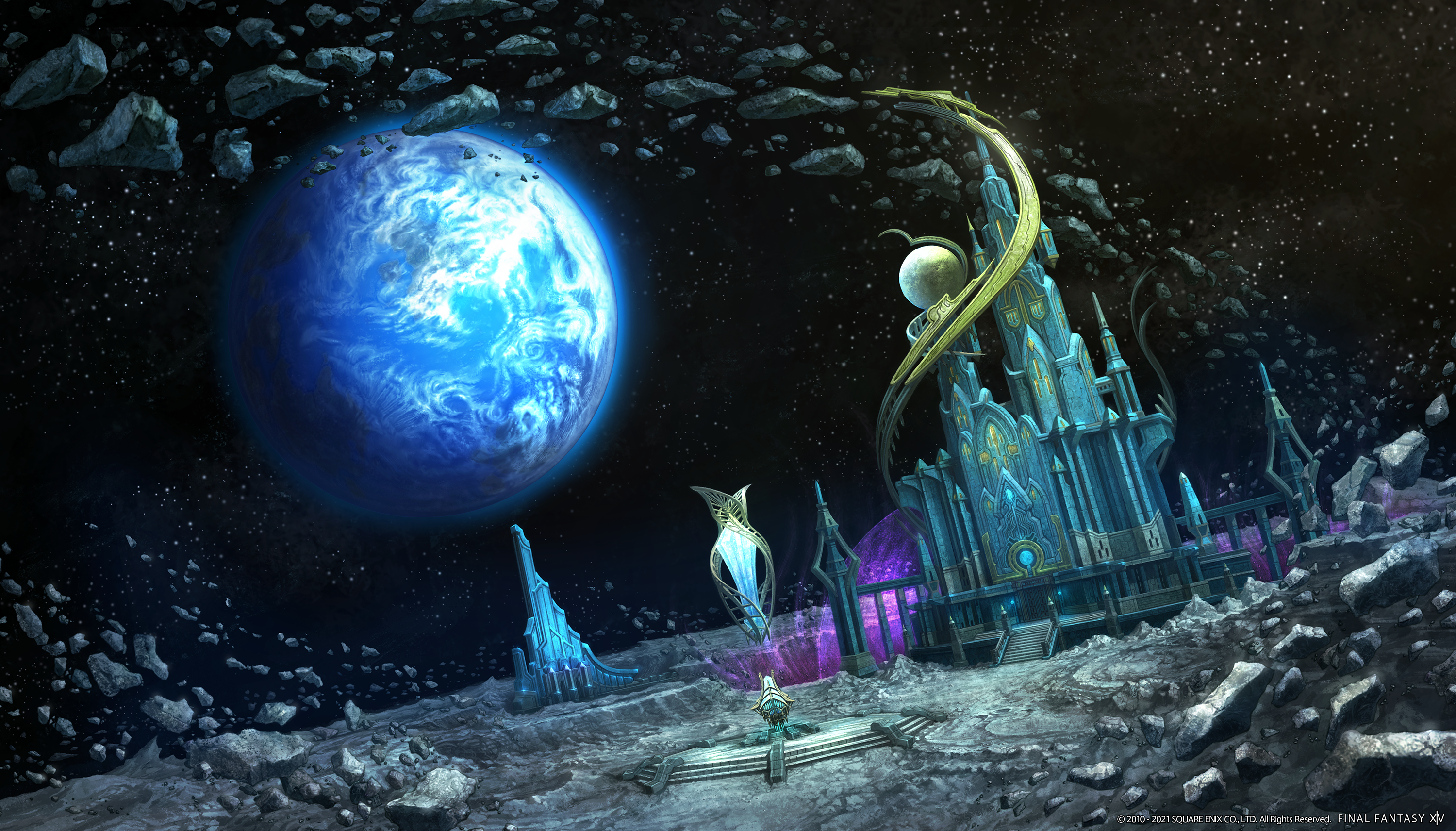 VG247: When you took over with ARR, it pretty much immediately started feeling like we began to see more fanservice and cameos, referencing past FF games. With Endwalker, you’re of course going hard with the FF4 references – but are there any particular elements from classic FF, or any specific games, you’re yet to reference but would like to squeeze into FF14 someday?

Yoshida: I took over the original FF14 project, so A Realm Reborn was released three years after I first started working on FF14. I’d just like to add that point. One of the concepts of FF14 after I took over was that FF14 should serve as a theme park of sorts for the Final Fantasy franchise. It’s about making sure we don’t neglect fan service, while respecting the past titles and fans, even if the story in FF14 is original.

The same types of homage and respect can be found within Endwalker, but it’s not like we have plans or requests made up for those in advance. Rather, they just ‘end up’ in the title. The reasoning behind that is if they were planned then the game design would be there for the purpose of incorporating these elements, but I feel that is the opposite order of what should be followed in the production.

The workflow I use is that first and foremost we have an experience and a story. If there are elements [from previous FFs] that would be a good match, then we might pay homage to it. It’s also for this reason that I don’t think we’ll be needlessly throwing in so many quotes from previous titles in the future either.

VG247: With recent expansions, the team seems to be thinking deeply on what it means to be a hero or perform heroic acts. How have your own opinions or experiences shaped your perspective on heroism?

Yoshida: It’s a very deep subject, but I believe that in real history, what is right and wrong or just and unjust, are only the claims of the victor. No matter how right or ideal one’s idea may seem, if that party is eliminated in a conflict, their claims may not be recorded in history.

What’s more, in the worst of cases, the facts may be altered and that party regarded [by later generations] as “evil”. In the midst of such ups and downs or throughout history, I think that a hero is a person who can lead the way against difficulties while holding on to hope, following the path he/she believes in and understanding the will of those around him/her.