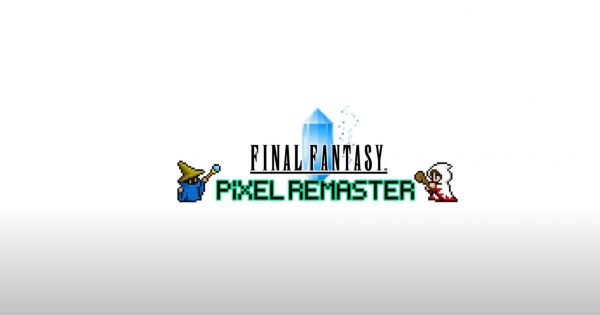 Final Fantasy Pixel Remaster could eventually come to PC and consoles if there’s enough demand, a Q&A released by Square Enix has revealed.

When the Pixel Remaster series was first announced, the internet reacted in collective joy – then horror – as publisher Square Enix revealed that they would only be available on mobile platforms.

The games, which come with gameplay improvements, auto-battle options, modernized UI, a rearranged soundtrack, and more, seem like a nice modern way to enjoy the classic titles, so Final Fantasy enthusiasts around the world seemed fairly miffed when Square Enix noted they’d be mobile-exclusive.

Now, in a dedicated Japanese Q&A, Square Enix has clarified a few more details about the game and acknowledged that the titles could end up on other platforms if there’s enough demand.

Via translator software, we’ve also learned that famed composed Nobuo Uematsu has re-arranged all the music for the games, making it more suitable for modern systems, and various sound effects have been reproduced, too. There will be a music player built into the game player that will let you go back and listen to any tracks from the games.

Kazuko Shibuya has also been in charge of redrawing all the new character sprites, which is why they look different from what you may remember in the original games. They’re not necessarily bad, these new sprites, just… different. If you care to, you can boot up a gallery mode that will let you examine all the sprites for player characters and monsters, and you’ll be able to mark different monsters on the map via the Monster Book, too.

The pixelated remasters of 1-6 were announced via the Square Enix Presents showcase during E3, and each will be released individually for $11.99 or $17.99, depending on the title. If you decide to pre-order, you can take 20-22% off the price of each game.

The first three entries in the Final Fantasy Pixel Remaster series will be released on July 28.

The post Final Fantasy Pixel Remaster may come to other platforms if there’s “enough demand” appeared first on VG247.