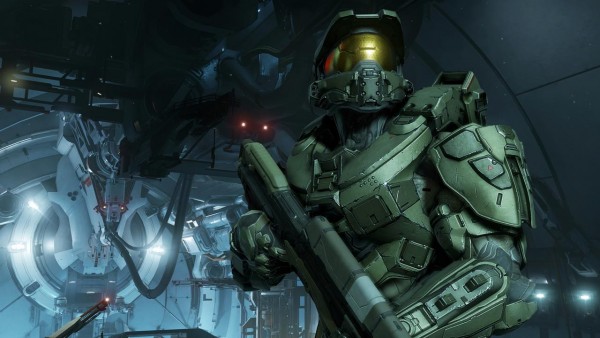 Our first look at the Halo TV series is sadly a leak.

It looks like we’re getting very close to taking a first proper look at the Halo TV series. At least, that’s the expectation, because shots from the trailer have leaked online.

You could tell they were captured from the trailer, because whoever did it, left the video player UI in the shot. Nevertheless, the trailer appears to be about one minute in length, and though the video itself has not leaked, the screenshots out there should give you a good idea of what to expect.

All of them can see in @IdleSloth84‘s Twitter gallery below – though keep in mind they may be gone soon.

As you can see, the Chief features prominently in the trailer, as do some Covenant. CG quality looks pretty good, as far as you could judge from these low-resolution screengrabs.

There’s a lot of talent behind the show; Pablo Schreiber is playing the Chief, Natascha McElhone is Dr. Catherine Elizabeth Halsey, and Cortana’s actress, Jen Taylor, will reprise her role.

The Halo TV series is coming to Paramount+ in early 2022. Seeing as there’s a cut of the trailer ready, we’re probably going to see it at tomorrow’s Microsoft and Bethesda showcase.