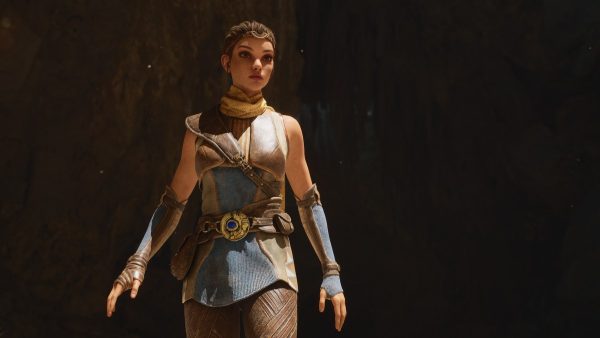 The Coalition’s next project may be a couple of years away, but we’ll be seeing something from the team soon.

Gears of War studio, The Coalition, has revealed that it’s going to be bringing something special to this year’s GDC. The team has created an Unreal Engine 5 demo called Alpha Point, which it will be showing to attendees at the development conference.

The Unreal Engine 5 demo was created so the developer can “evaluate” the engine, and it will be running on Xbox Series X. In particular, the Alpha Point demo will make use of UE5’s Nanite assets and Lumen real-time lighting.

The Coalition will also demonstrate how it’s integrating the recently-revealed Unreal Engine MetaHumans character creation suite into the demo.

Super excited to be presenting for @CoalitionGears at #GDC a #UE5 technical demo #AlphaPoint presented by @UnrealEngine running on #XboxSeriesX with @Kate_JRayner 🔥🔥🔥https://t.co/kBAKg2dXFc

While this may not exactly bring us a first look at the studio’s next game, The Coalition recently announced switching to Unreal Engine 5. The team currently has multiple projects in the works, so some of those learnings will undoubtedly find their way into The Coalition’s future games.

The post Gears of War dev The Coalition to show Unreal Engine 5 tech demo at GDC later this month appeared first on VG247.