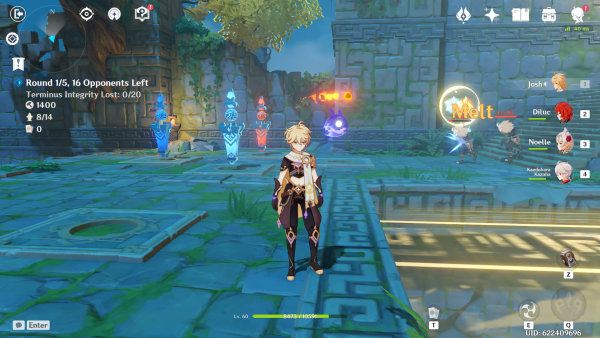 Genshin Impact Theater Mechanicus is back in Inazuma, with a new round of stages, challenges, and rewards!

It’s a lengthy tower defense mode, but each stage has a few tricks you can exploit to avoid getting overwhelmed.

Your choice of Mechanicus is limited early on, but more unlock as you earn points through completing stages and clearing specific challenges. However, that first batch of Mechanici is enough to clear most stages if you get your layouts right. Later unlocks, such as Banishment or Binding, are helpful, but tend to require more work or longer cooldowns. If you find yourself struggling, though, the Arcanum Mechanici is good for buffing attack.

Every stage has plenty of slots to build a Mechanicus in, but you want to avoid stringing them out too much. Find an area where enemies will converge, and build most of your traps there.

Likewise, focus on a few elements in each wave so your Fortune Stick upgrades go farther without you spending too many points.

While you can’t deal actual damage with party members during Theater Mechanicus, you’ll still want to bring a variety of elements with you. The mode lets you trigger Elemental Reactions and break shields, which takes pressure off your Mechanici setup. Pyro, Hydro, and Anemo are the most helpful elements to bring with you.

Stage 1 is an introductory stage that shouldn’t pose too many problems — which is good since, at this point, you have very few Mechanici to work with. Enemies march in a straight line, and you’ve got two clusters to load with Mechanici.

If you don’t trigger reactions to slow the Ruin Guard down with your Mechanici, do it with your characters instead. Overload and Frozen are ideal for it and any other large enemy.

Stage 2 introduces a second enemy terminal, but they still use the same path. Group your Mechanici in front of the stairs and focus on Hydro, Electro, and Cryo to nerf their speed. Add some Pyro on either side to trigger Overload or Melt on occasion.

Enemies have shields in this stage, but your Pyro characters can demolish those easily. Lawachurls are your biggest threat here, but relying either on Cryo or a setup inflicting Overload should help see you through.

Stage 3 is where changing your layout between waves starts becoming necessary. You have two terminals this time, and each enemy group targets a different one. Fortunately, the enemy paths make it easy to knock them off the stage.

Anemo Mechanici can help do that or at least push lighter enemies back, which is handy for the speedy Samachurls. As always, make sure to throw a few Cryo Mechanici along the main path. Since both enemy groups are moving in a straight line on this stage, triggering Electro-Charged is a good way to deal chain damage too. 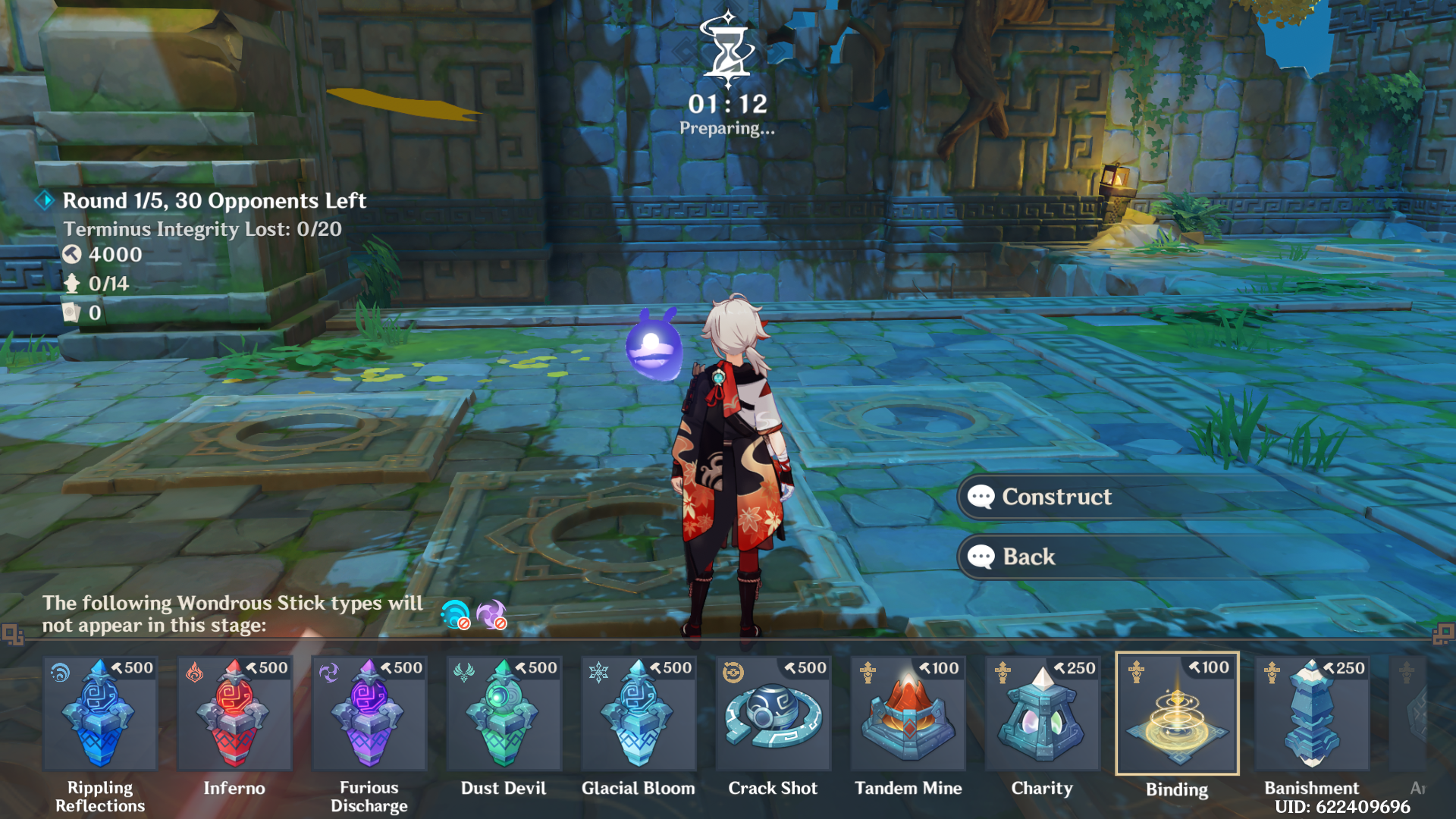 The difficulty increases significantly in this one, though you have a couple of easy tricks at your disposal to manage the chaos. Here, the waves converge in the map’s center. You can stack Cryo or Electro Mechanici in the available slots to slow enemies, while Anemo pushes them back and increases damage potential.

Another strategy is grouping your Mechanici in front of each staircase, with Pyro Mechanici around the edges to trigger reactions and stop waves from even reaching the center. Pyro also helps break down the Abyss Mage’s Electro shield faster.

Stage 5 seems like a simple reskin of Stage 3, but you’ll want to vary your strategy here. Ignore the long stretches — or just use one or two Geo Crackshots if anything — since it’s too easy for an enemy or five to slip through here. Concentrate the majority of your Mechanici in the cluster near your Terminal.

AoE attacks are your best choice here, so stick with Electro and possibly Hydro. Pyro Mechanici are good, but only at higher upgrade levels. You can trigger Overload yourself to knock enemies back.

Stage 6 is a bit more forgiving, thanks in large part to a unique gimmick that lets you deal with group threats. Both enemy waves will converge in a few key areas. Electro and Cryo work well again here to slow them down, and a Hydro Mechanici or two will generate some useful Reactions.

The elevated platform in the stage’s center is the interesting part, though. Stage 6 has an Adeptus bridge like Stage 4 did, but you can control when this one appears using a special device. It’s handy for blocking enemy hordes and also for dropping them into the abyss if they’re on the bridge when you deactivate it.

Stage 7 is similar to Stage 2, but with stronger enemies. The same Pyro/Electro combination should see you through with ease, but another setup focuses on Hydro and Cryo at the foot of the stairs instead. These two, plus some Anemo help from one of your characters, keep enemies from venturing too far out and are particularly useful for dealing with Samachurls.

This one divides the threat into three, but don’t waste your resources dealing with each separately. Concentrate your Mechanci in the cluster near your Terminal, and use AoE attacks from Hydro or Electro, and throw some Cryo in to deal with speed.

Alternatively, instead of building for Reactions, you could focus on one type of Mechanici so your Stick buffs boost your damage potential that much more. 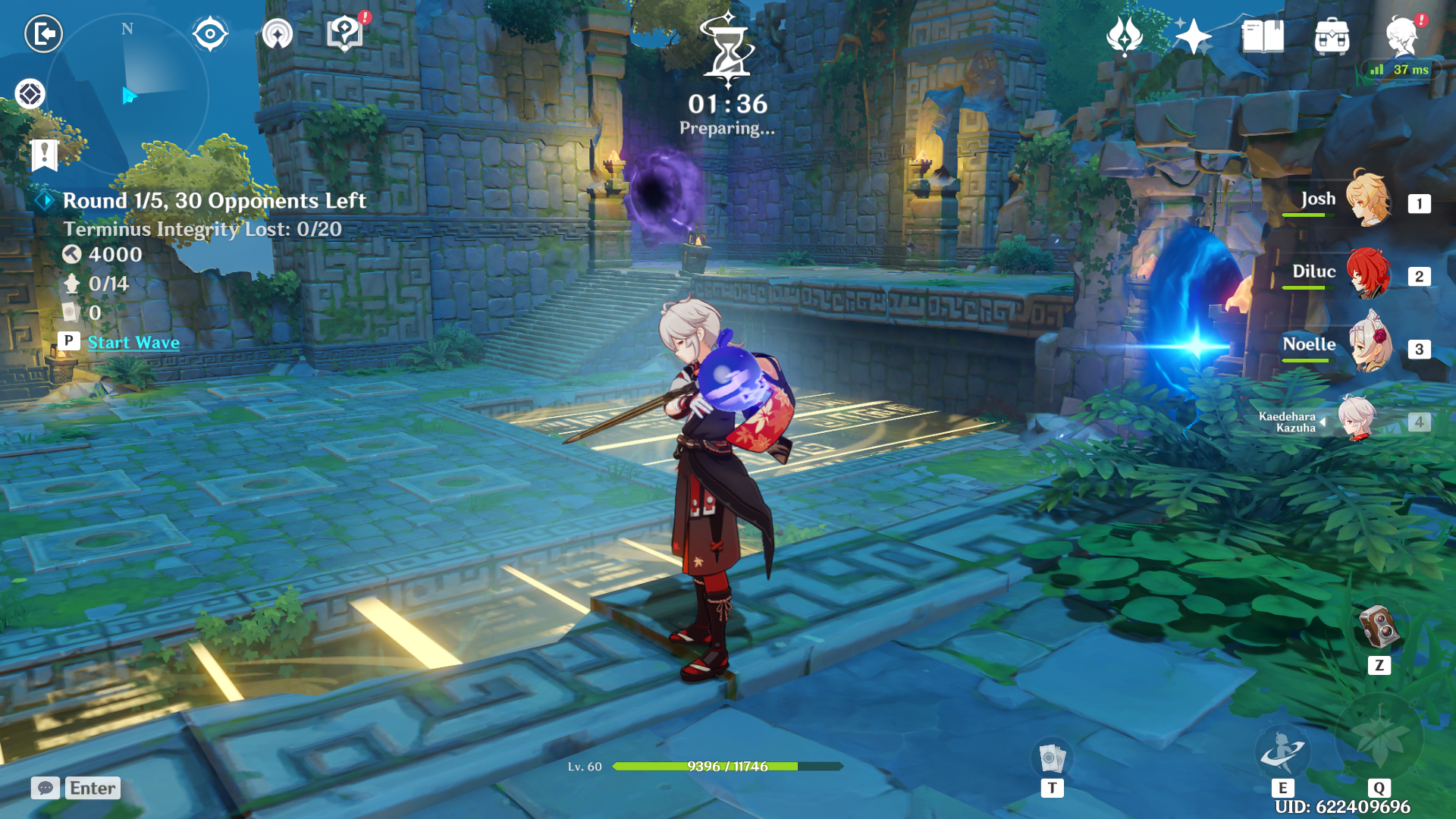 Stage 9 is the opposite of Stage 7. You have three threats again, but you need to divide your Mechanici along each path. Slowing them down is a priority as always. Since you need so many Mechanici, though, we recommend sticking to one or two types on this stage so upgrading is more efficient.

Have at least one good Pyro character in your party when the Thunderhelm Lawachurl appears. Characters such as Diluc, Klee, or Yanfei can demolish its shield before they reach your Mechanici.

Stage 10 throws everything at you, from Abyss Mages to Lawachurls and Geovishaps. It’s a familiar stage setup, and like before, you’ll want to concentrate Mechanici in front of your Terminal. Knockback reactions are best, so Overload is one possibility to experiment with.

Some players have found better luck buffing Cryo and using Banishment for knockback, though the cooldown on Banishment means it’s not great for emergencies. Either way, make sure you’ve got Hydro and Pyro characters in your party to deal with Abyss Mage shields. If you’ve got Venti, Kazuha, or Sucrose, either of them work well for gathering enemies together or holding them back for a short time as well.

You’ll earn jade items for completing the event’s numerous challenges. Exchange these at the event store for:

If you’re looking for more ways to earn Genshin Impact‘s new materials, check out some of the new Domains, including Formation Estate and Shakkei Pavilion. Inazuma’s extensive world quests, such as Tatara Tales and Sacred Sakura Cleansing, also tend to dish out helpful materials in abundance along with plenty of lore.