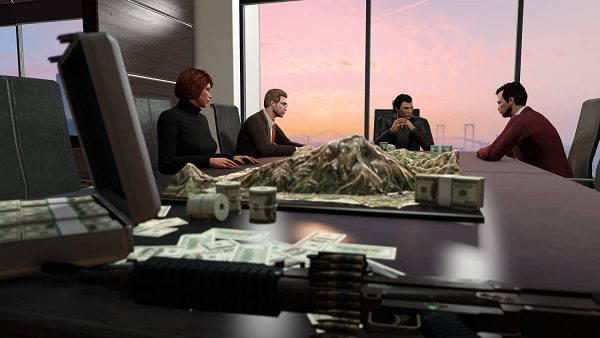 Multiple reports are surfacing which suggest that Grand Theft Auto 6 – or GTA 6, if you prefer – won’t launch for another four years.

After a couple of leakers published vague comments about the as-yet-unconfirmed GTA 6 release date online, reporters Andy Robinson, and Jason Schreier have commented that the rumours align with what they have heard, too.

After insider Tom Henderson posted a video saying the game would come out in ‘2024 or 2025’, Schreier chimed in to say: “Everything Tom Henderson has said about the game matches up with what I’ve heard”.

“This also matches what VGC has heard about the next GTA game from its own sources,” noted Robinson on the site.

This contradicts previous Take-Two marketing budget reports that seemed to imply that GTA 6 may launch in 2023. Apparently, that prediction was made before we entered the Covid-19 pandemic, and things have understandably been pushed back since then.

The game will also reportedly go back to the Vice City setting and will offer a more modern-day take on the Miami-inspired area.

This comes after we’ve heard a few whispers about the development culture and forward planning at Rockstar. Back in April 2020, it was reported that Rockstar is engaging in a wide-scale change to its development culture, which will help with its next project (which will be a smaller GTA release that gets enhanced with post-launch content).

This is another facet of the rumours that Henderson addressed, adding GTA 6 will receive new content updates in a similar vein to those we see in Fortnite, Call of Duty: Warzone, and so on.

We’ve also heard that GTA 6 could feature smarter NPCs thanks to a recently uncovered Rockstar patent that’s based around enhancing the intelligence and navigation capabilities of AI.

To date, officially, GTA 6 doesn’t even exist yet.