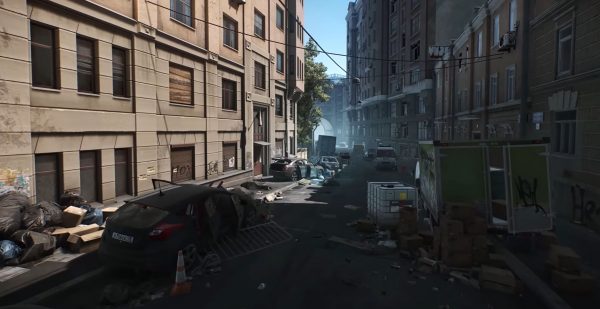 Here’s a look at an upcoming map for Escape from Tarkov.

Battlestate Games has revealed a look at the upcoming new map for its survival shooter Escape From Tarkov.

Called Streets of Tarkov, The new map is set in a residential area called Concordia, which is a business class residential complex consisting of two buildings.

It is located in the business part of the central district, between Razvedchikov and Kamchatskaya streets.

You can expect the Streets of Tarkov map, which the developer is calling its most ambitious new location in the game, to arrive with a future version of update 0.13.

Escape from Tarkov is a hardcore and realistic online first-person action RPG-simulator with MMO features and a story-driven walkthrough. If you are unfamiliar with it, you should hit up that link.

The post Here’s a new look at Escape From Tarkov’s Streets of Tarkov map appeared first on VG247.