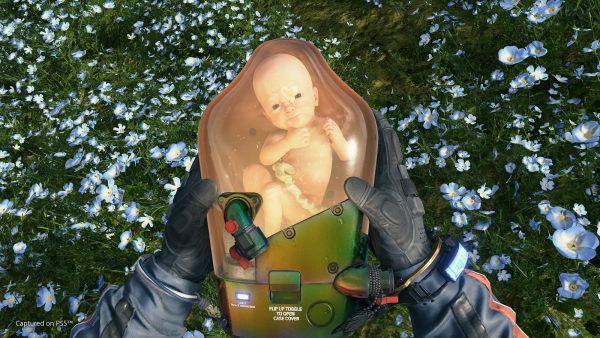 Kojima would have gone with a different name for Death Stranding’s upcoming expanded re-release.

The Death Stranding Director’s Cut announcement caused a little bit of confusion, not so much because of its existence, but because of the title.

As many pointed out at the time, calling the Death Stranding PS5 re-release the Director’s Cut didn’t make much sense, considering Kojima had full creative control of the original release. In fact, the whole point was for the creator to leave Konami and Metal Gear behind to create something new, away from the Japanese publisher’s control and its expectations.

It turns out, Kojima actually agrees with this line of thinking. In a series of Tweets, Kojima explained that he also doesn’t like that it’s called the Director’s Cut.

“A director’s cut in a movie is an additional edit to a shortened version that was either released reluctantly because the director did not have the right to edit it, or because the running time had to be shortened,” he explained.

“In the game, it is not what was cut, but what was additionally produced that was included. [Director’s] Plus? So, in my opinion, I don’t like to call ‘Director’s Cut’.”

2/2
In the game, it is not what was cut, but what was additionally produced that was included. Delector’s Plus? So, in my opinion, I don’t like to call “director’s cut”.

Indeed, the Death Stranding Director’s Cut does introduce a number of new additions, including revamped mechanics in shooting and melee, new story missions and more. Following the reveal, developer Kojima Productions clarified that all the new content was made for the Director’s Cut and wasn’t cut from the original release.

Of course, this all begs the question: why did Kojima not end up calling it Death Stranding Director’s Plus?

Death Stranding Director’s Cut has only been announced for PS5, and is coming out September 24.

The post Hideo Kojima too doesn’t like that Death Stranding PS5 is called Director’s Cut appeared first on VG247.