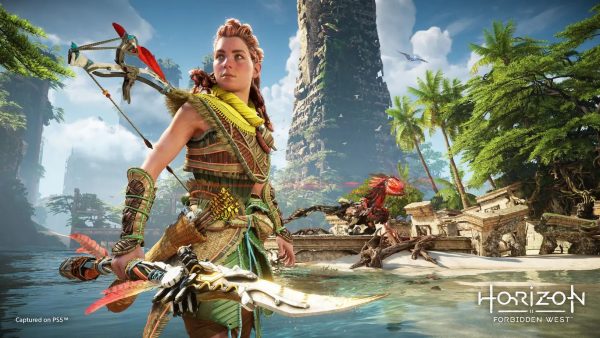 Horizon Forbidden West features Aloy in a brand new adventure along the Pacific coast, including the remains of San Fransisco. After the events of Horizon Zero Dawn, a mysterious red blight appears and threatens the local plants and animals. Aloy decides to investigate before it endangers even more people, some of which have starved off because of the blight.

The Horizon series takes place in the post-apocalyptic United States, where people live in tribes and co-exist with mechanical monsters. Aloy revisits old friends, forges fresh bonds and fights against new foes in this sequel. New monsters pop up depending on the region. Aloy also has to watch for raiders who have learned to override machines and weaponize them.

And that’s only the plot summary. Here’s everything you need to know about Horizon Forbidden West.

Horizon Forbidden West doesn’t have an exact release date yet. In fact, it doesn’t even have a release window. Fans originally suspected a late 2021 release, but as the summer lingers on, it’s starting to seem like a toss-up if we’ll even see it this year or not.

According to PlayStation boss Jim Ryan, the game is still on track for 2021.PlayStation ads also pointed to a potential “late 2021” and “second half of 2021” release. However, those ads were sighted back in late February. Guerilla Games recently tweeted that there was still no release date, though they hoped to have an update on its release “very soon” in early May.

Thanks for watching our #HorizonForbiddenWest gameplay reveal! We don’t have an exact release date just yet, but development is on track and we will have an update for you very soon – thank you as always for your ongoing support!

Either way, it seems like Horizon Forbidden West will either come out later this year or next year altogether.

Horizon Forbidden West pre-orders in the US:

ShopTo, a UK-based games and electronics retailer, also lists Horizon Forbidden West for pre-order. However, it isn’t actually a pre-order. It’s for registering interest for the pre-order. Those who register interest should get a notification when pre-orders go live with the actual price and product.

Sony showed off 14 minutes of Horizon Forbidden West gameplay in a recent State of Play. There, viewers glimpsed a prologue to the plot, graphical enhancements, and added features. It seems like, while much of the gameplay stays the same, new additions freshen combat and exploration. The team has built off old features with enhancements and additions to what’s already working.

For example, Aloy keeps her trusty spear and bow for switching between close and long-range combat. Other than those two weapons, she also now has a Pullcaster for climbing and Shieldwing for sailing down from tall heights – almost like a grapple hook and glider.

Game director Mathijs de Jonge told Game Informer that the game would have more freedom with vertical movement thanks to climbing and gliding. In other words, players can climb just about anything and glide down from anywhere without needing to weave around a mountain to reach a destination. These movement options will likely affect exploration and expand creative options to dispatch enemies. 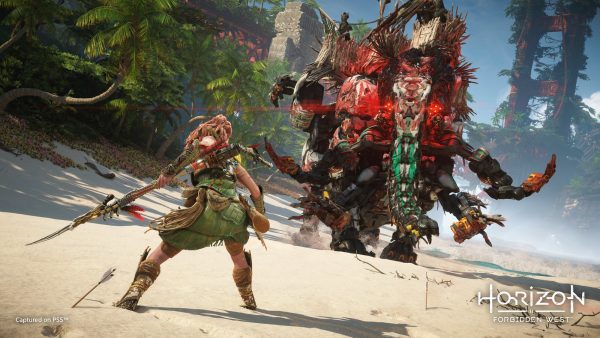 Guerilla Games also plans to redesign the skill tree and repopulate it with new skills. Jonge mentioned a mechanic called Valor Surges as part of the revamped skill tree.

“The skill tree is designed to support many different play styles, and each play style has Valor Surges that you can unlock by spending skill points on them,” Jonge told Game Informer. “The player can choose which Valor Surge is active at any moment.”

Players adventure along the pacific, taking out mechanical monsters and foraging for materials. The map stretches from California on the west coast down toward Utah, which borders the sunshine state in the southwestern United States. The area apparently surpasses the size of the map in Horizon Zero Dawn.