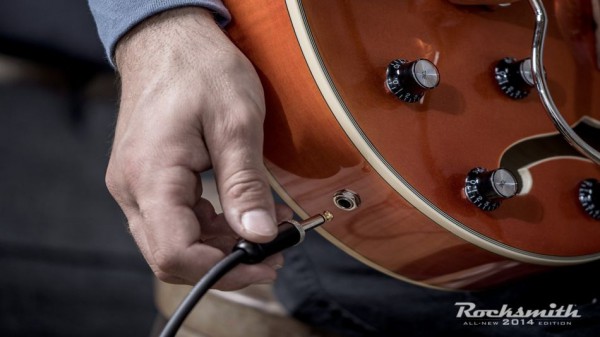 Ahead of the Ubisoft Forward show later today, another of the publisher’s games has leaked – a revisit of the Rocksmith series called Rocksmith+.

As per the email, Rocksmith+ is “an interactive music learning subscription service” which intends to “[take] the guesswork out of music mastery”. It sounds similar to the ‘game’ that came before then.

If you’re unfamiliar, Rocksmith was a 2011 release that basically allowed you to play a real guitar to Guitar Hero-like grids, teaching you more techniques and familiarizing you with the instrument in the process. It’s a fantastic tool, and something this writer has used extensively in the past (and it really does help you learn!)

It sounds like there will be some barriers to entry with this version of the game, though. The email notes that Rocksmith+ will let you “rock out with your favorite Gibson, Epiphone, and Kramer models”.

Riff Repeater will return, allowing you to pull apart sections of your favorite songs in order to master that one lick that’s been giving you trouble – ideal for mastering the myriad tracks in the ‘expansive’ roster of songs that have been teased.

The original Rocksmith featured a total of 1,570 songs, which released over 383 weeks – here’s hoping the new game sees the same kind of support.

Ahead of Ubisoft Forward (which kicks off at 12pm PT, 3pm ET, 8pm UK), we’ve seen a Far Cry 6 leak showing playable villains from the Far Cry series, and Mario + Rabbids Sparks of Hope was announced early, too.