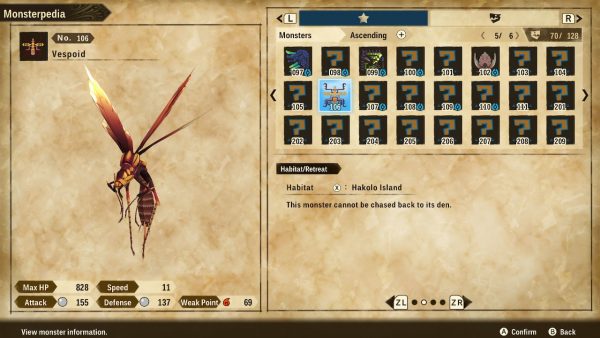 Scouring the vast world of Monster Hunter Stories 2 for Vespoid locations is a tricky one. Don’t expect to find them anytime early in your adventure.

You’ll need the Vespoid Wing item for some armor sets and layered armor as well. This means it’s well worth taking the time to find them, but really, the main Vespoid location only opens up toward the end of the game as the story reaches its climax.

Vespoids live on Hakolo Island in the Guardian Ratha Forest.

The first time you visit these woods, you’ll only find Bnahabra. No Vespoids buzz around the second time either.

It’s not until the third visit, as the game’s plot starts wrapping up, that Vespoids appear in the Ratha Forest.

You’ll know it’s the right time because the environment undergoes drastic changes before you head back to Hakolo and into the woods. 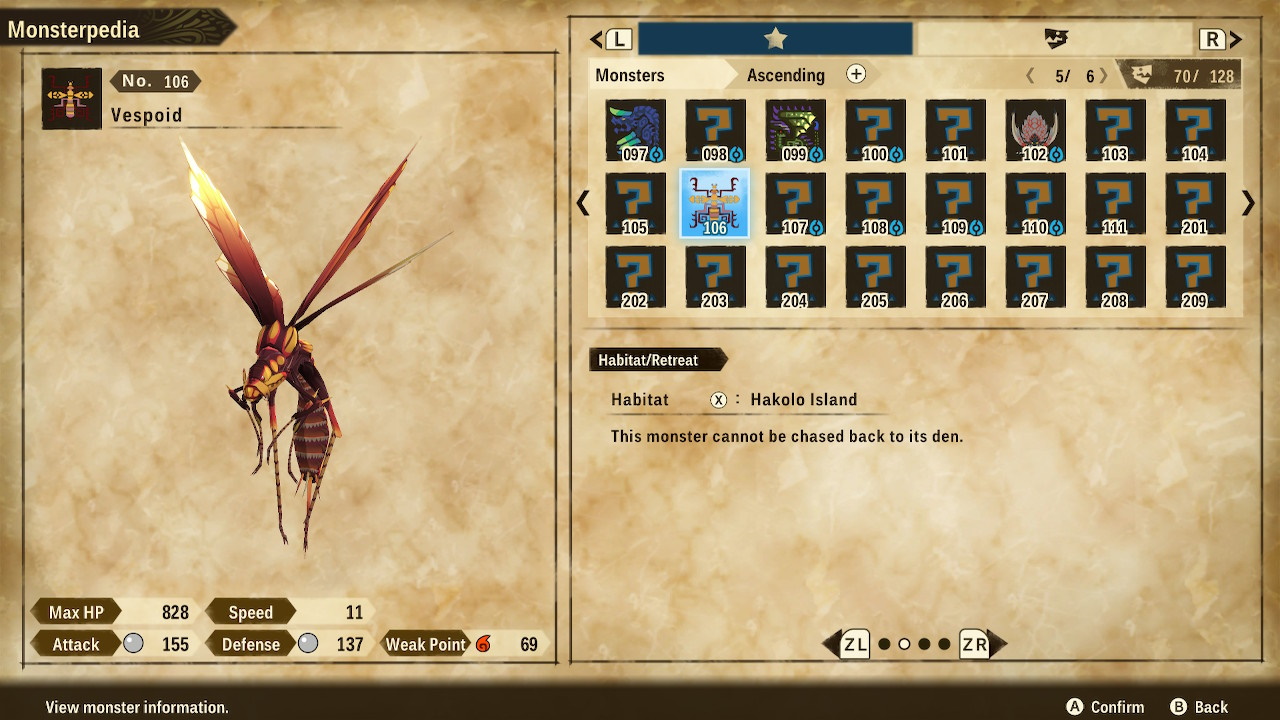 Prior to this point, don’t waste your time looking for Vespoid in Guardian Ratha Woods. They just won’t be there. 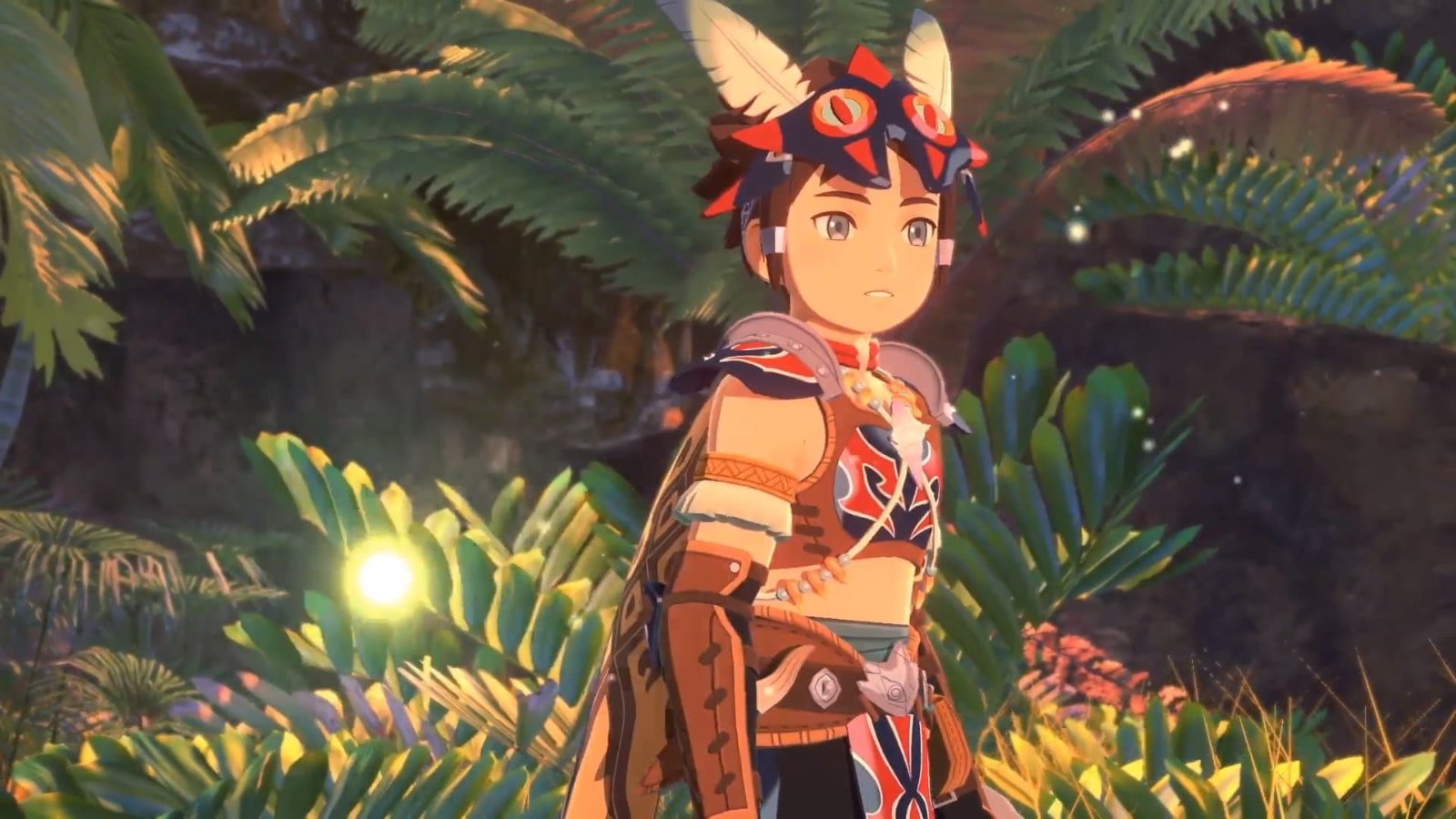 The Vespoid Wing is the only monster part Vespoids drop. Fortunately, the giant wasp is an easy monster to defeat.

Vespoids are weak against fire and blunt weapons. Essentially, they’re just big Bnahabra, so you shouldn’t run into too much trouble during these fights. Since layered armor requires you to first forge the original armor set, you’ll want to farm some extra Vespoid wings so you aren’t caught short.

If you do find you need some extra help in the endgame, it’s probably a good idea to scout some Rare Dens and change your Monstie roster.

Or we also have a list of the monster attack types and weaknesses in Monster Hunter Stories 2.

Make sure to focus on improving their genes and maximizing bonuses with gene bingo too. Save some Bottle Caps for the post-game, though. You’ll need them to find Elder Dragons and the Palamute in Monster Hunter Stories 2’s rarer high rank dens.

The post Monster Hunter Stories 2 Vespoid location: How to get Vespoid wing appeared first on VG247.