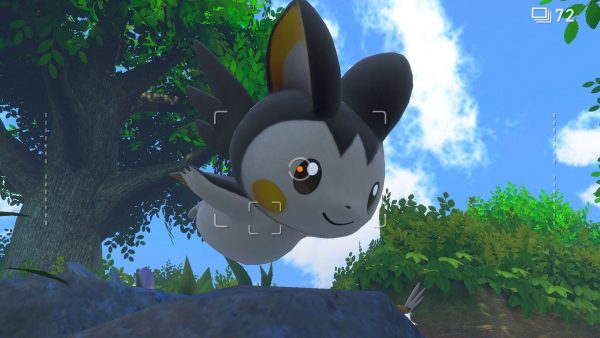 New areas and more Pokemon will be added across the Lental region in New Pokemon Snap.

A free content update is coming to New Pokemon Snap on August 4, and it includes 20 new Pokemon and new areas to photograph the creatures featuring day and night cycles.

There will be three new areas in total including the Secret Slide Path. In this area, the NEO-ONE shrinks to a tiny size so that the Pokemon you see will look gigantic. You will even be able to hear their breathing and footsteps.

The Mightywide River gives you the opportunity to ride down the river in order to catch more images of Pokemon. Just watch out for rapids.

Finally, there’s Barren Badlands of Voluca Island, which is a dry desert. This area has some peculiar features such as geysers and poisonous, gas-spewing swamps. Pokemon here may be underground or in the rocky cliffs, so keep your eyes peeled.

In these areas, you will find Pokemon features in the Lental region, but also the 20 new Pokemon not seen before in the game.

Released in April, in the game you visit islands that are home to different wild Pokemon. You play as a budding photographer working with Professor Mirror who has you taking pictures of Pokemon and reporting back to him.

Professor Mirror will then evaluate your photographic skills as you investigate a mysterious Illumina phenomenon in the region while building your own Pokemon Photodex.