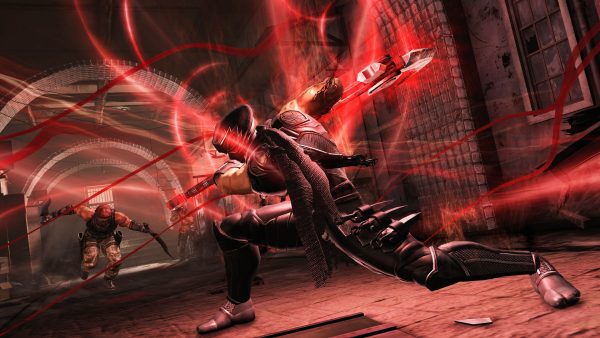 One month after the Ninja Gaiden PC trilogy of ports arrived, developer Team Ninja has finally added some basic graphics and resolution options to the game.

The Ninja Gaiden: Master Collection was derided at launch for some of its less-than-stellar options, denting enthusiasm about the resurfacing of the games as it quickly became apparent that they were particularly bare-bones ports.

As well as simply allowing you to update the resolution and graphics settings – which really should have been included from the get-go – the new update also allows you to toggle and enable other options, too. These include VSync, Triple Buffering, Anti-Aliasing, Depth of Field, and Display Shadows.

Before the patch, the ports were so stripped back that they literally had no options menu. If you wanted to play the game in fullscreen, for example, you had to click the maximize icon in the window itself as you would in any browser or rudimentary web app. Not ideal, especially if you’ve paid £33 / $40 for the pleasure.

Previously, to configure the resolution, you had to open the Properties menu from your Steam library and enter either “720p”, “1080p”, or “4k” in the text field – yes, really! – of Launch Options.

Not exactly what you’d expect from the big-name studio behind many major triple-A games, is it? But it’s not the first time we’ve seen Koei Tecmo fumble a PC port: the original Nioh had its problems, for sure.

Here’s hoping with Japanese developers seemingly adopting PC as a format more readily these days, lowball efforts like this will be avoided in the coming years.

The post Ninja Gaiden PC ports get basic resolution and graphic options one month after release appeared first on VG247.