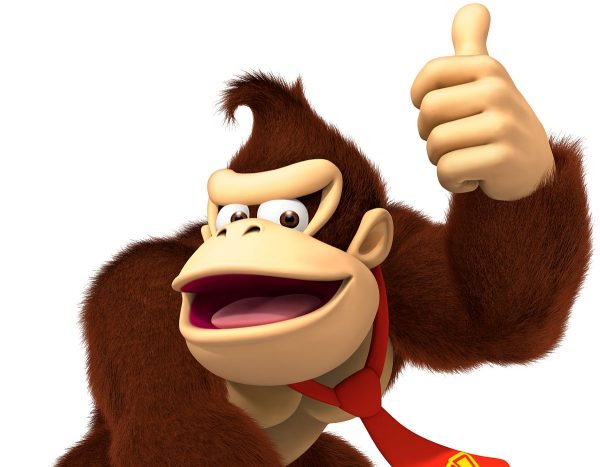 Nintendo is apparently planning to bring the Donkey Kong franchise back into the spotlight and will use a new game and animated project to do so.

Nintendo insider Zippo and Nintendo Life have both noted that Nintendo is aiming to resurrect the IP in time for its 40th anniversary and give it the same loving treatment Mario got for his 35th anniversary (thanks VGC).

“I’ve been told by multiple people that Donkey Kong is the next franchise in line to follow Mario in Nintendo’s push for their game franchises to become multimedia juggernauts,” says Zippo.

“Donkey and co. aren’t just getting a new game, they’re getting animation (Before this catches fire, my sources did not specify whether or not this was a movie or a show, just that an animation featuring DK characters was early in the works.) a big theme park expansion, merchandise, etc.

“This new game is not just a one off, DK is being taken seriously at the big N again, and that should be good news for fans everywhere.”

That’s encouraging for fans of everyone’s favourite mischievous ape, then. The theme park expansion mentioned here is for Super Nintendo World, and it’d make sense for the company to have a multi-pronged approach to DK’s long-overdue resurrection.

Zippo has previously suggested that Nintendo is working on a new DK game: “It’s the big ape’s 40th anniversary, and while I’m not sure how Nintendo is celebrating the occasion, there is a new 2D DK game being developed by EPD Tokyo,” they said.

“Retro is obviously busy with other things, so Nintendo has taken it upon themselves to bring DK back in as internal series. Don’t expect the ‘Country’ moniker to return, as EPD Tokyo are not interested in making a sequel to games they didn’t make.

Take all this with a pinch of salt, of course; Nintendo has announced nothing itself yet.

A new game and animated project, then, would likely go down well.

The post Nintendo is working on a Donkey Kong game and animation project – report appeared first on VG247.