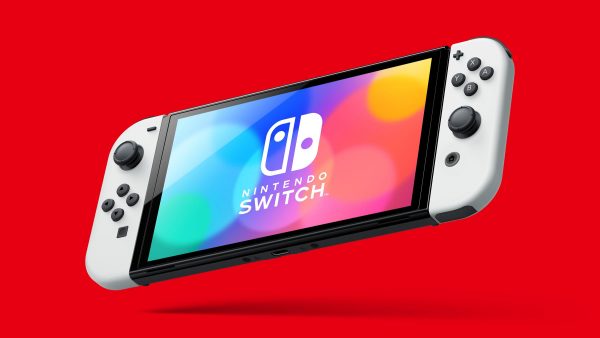 The next Nintendo Switch console has finally been announced.

Nintendo has today ended months of speculation and reports, and officially revealed the latest console to join the Switch family. The Nintendo Switch OLED is its name, and it’ll cost you $350 when it launches October 8 worldwide.

As suggested by many reports, the Switch OLED is an upgraded model that sports a 7-inch OLED screen, a wider built-in adjustable stand, and a dock with a physical LAN port. The Switch OLED has 64GB of internal storage, and features enhanced audio through the onboard speakers.

The new console looks almost identical to the current Switch models, and supports all existing modes: handheld, docked, and tabletop. The Switch OLED can play all existing Switch games, and takes all current accessories, including the Joy-Con controllers.

As far as specs, Nintendo shared a list of basic components which do not mention any power upgrades compared to the standard model. The console can only output up to a 1080p signal, contrary to 4K output rumours.

At launch, the Switch OLED will be available in White, and Neon Red/Neon Blue colours. You’ll also be able to buy an official Nintendo carrying case and screen protector set for the new console.