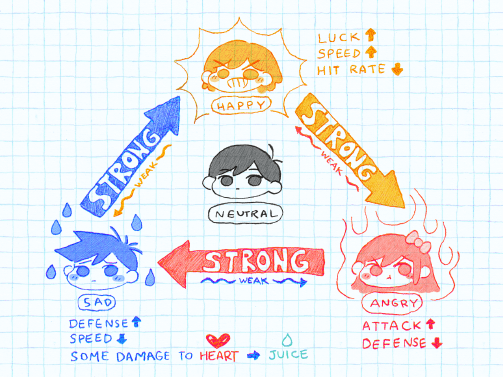 Emotions in psychological horror RPG Omori determine a character’s strengths and weaknesses in a fight.

To put it simply, Emotions operate like a slightly more complicated game of rock-paper-scissors. A character whose current emotional state is strong against an enemy’s state won’t automatically win a fight against them. However, the character with advantage in the situation will see their base stats deal more damage to their enemy.

What does the Emotions Chart do in Omori?

The Emotions Chart is a key item you receive in Omori after defeating two Happy Sprout Mole enemies.

The chart lays out the rules of emotion-based strengths and weaknesses in battle, as seen below:

To view the chart in-game, open up the menu and select “Pocket” > “Important”. The Emotions Chart will be in there.

In addition to the three main emotions and their level variants as shown on the chart, there are two other emotional states in Omori.

Characters will begin all encounters in the Neutral emotional state unless special conditions apply. When Neutral, all skills operate at their base levels. 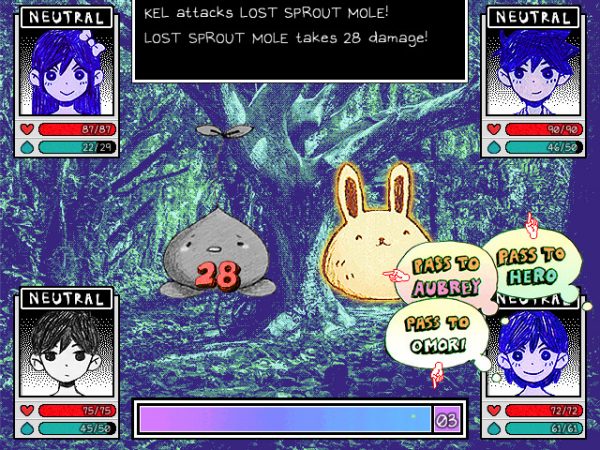 Afraid cannot be inflicted on either enemies or party members, and usually only affects the characters during certain story beats. It has two levels: Afraid and Stressed Out. 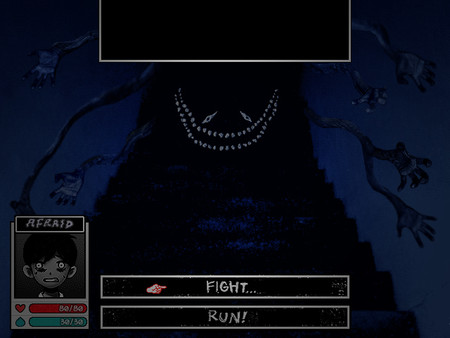 A character who is Afraid has their available skills limited to Guard and Calm Down, and they can’t perform any bonus Follow-Ups after their main attack. Damage received is increased to 1.5x while Afraid.

How to inflict emotions

Each party member has their own unique skills, many of which can impact the emotions of their friends and enemies during battle.

As the party members level up further, they will unlock more skills, including ones that can influence emotions:

Additionally, several skills have strengths or weaknesses when used by or targeted at characters in a certain emotional state.

Keep an eye on enemies’ emotions and use the Emotion Chart to determine the best ways to defeat them. 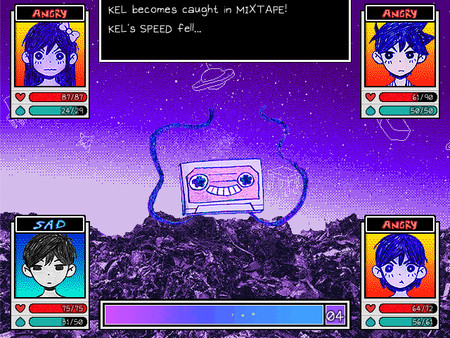 The emotional state of an enemy when you defeat them determines what you get at the end of the fight:

The post Omori Emotions Chart | How to inflict emotions and which to use appeared first on VG247.