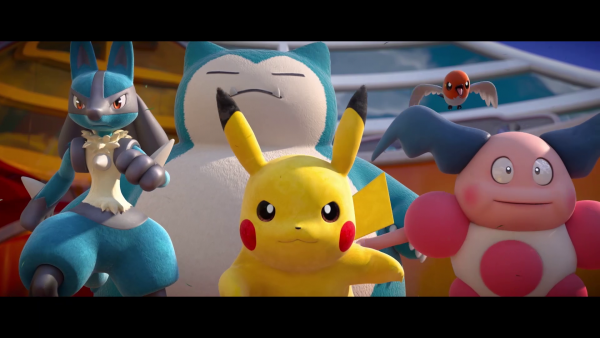 An exact July release date has been announced for Pokemon Unite.

Pokemon Unite will be released later this month on July 21 for Nintendo Switch systems.

To celebrate the release, players who log in to the Nintendo Switch version by August 31 will receive a Unite license for Mythical Zeraora, which will allow Trainers to use the Pokemon in battle.

Zeraora can close the distance between itself and its opponents very quickly, and deal massive amounts of damage all at once. Its Unite Move, Plasma Gale, sends out an electric blast that creates a zone of plasma around the area where the blast hits.

The real-time, team-based battle game with cross-play capabilities will be free to start and was announced back in June 2020.

In it, two teams of five Pokemon will try to defeat the opposing team. There are five different scoring areas on each side and you will score points by capturing wild Pokemon on the field. The goal is to score more points than the other during the time period. You will be able to level, evolve, and learn new moves you can choose for your Pokemon by defeating wild Pokemon.

The game will be free to start, with optional in-game purchases available.

Pokemon Unite will become available in September on mobile devices.