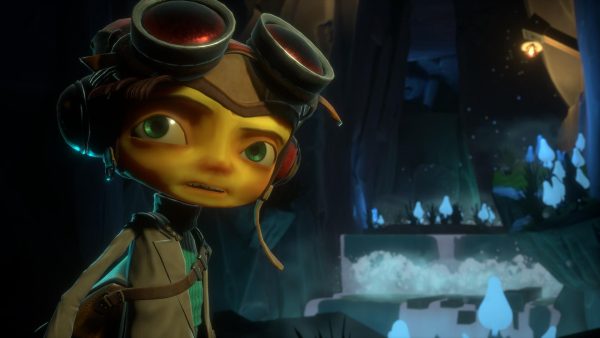 Double Fine has announced that Psychonauts 2 will have an invincibility toggle so that players of all abilities and ages will be able to complete the game, no matter their skill level.

The existence of the invincibility toggle was first revealed in a tweet from Double Fine, in which the studio quote replied to an Xbox tweet enthusing that “beating the game on the lowest difficulty is still beating the game”.

“If you beat Psychonauts 2 with the invincibility toggle on you still beat P2” reads the Double Fine reply. The studio went on to deride players who make a big deal about playing games on the hardest setting and use it as bragging rights.

“All people should be able to enjoy games. All ages, all possible needs. It’s an ongoing and important process for our industry and a challenge we need to met [sic],” the developer explained in a follow-up tweet. “End of the day? We want you to have fun, to laugh, to experience a story that affects you. On whatever terms you want.”

There’s a long, ugly history of conversation around difficulty in video games, so it’s nice to see Double Fine factoring in options for players who want to enjoy the experience without the stress.

Given that more studios are looking into this sort of functionality – we heard about EA’s ‘Dynamic Difficulty’ system wants to predict your behaviour and keep you playing for longer earlier this year – it stands to reason that games in the future will be more accessible than ever before.

It’s doubly impressive that Double Fine is adding this as an option to the game, given the whole thing has been developed without any need to crunch.

Psychonauts 2, the long-in-development sequel to the classic adventure game, launches on August 25/a> on PC, PS4, Xbox One, and Xbox Series X/S. It’ll be on Xbox Game Pass on day one.

The post Psychonauts 2 has an invincibility toggle so “all ages, all needs” can enjoy the game appeared first on VG247.