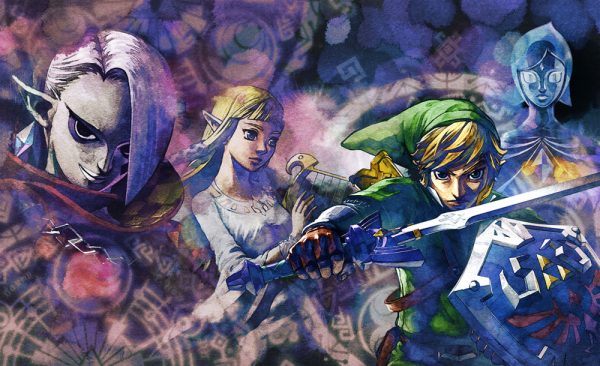 The Legend of Zelda: Skyward Sword pre-orders have been out for a while now. However, with the July 16 release date approaching, extra pre-orders have arrived with exclusive merchandise. Merch varies from steelbooks to posters depending on the retailer and region.

No matter the pre-order, the physical copy of the game should be the same. It’s just the merch that makes the deal. We’ve rounded up the available pre-orders and the merch they offer to help you decide where to buy.

The Legend of Zelda: Skyward Sword Pre-Order Exclusives in the UK:

The Legend of Zelda: Skyward Sword Pre-Order Exclusives in the US:

Nintendo fans should also consider the Skyward Sword Loftwing Amiibo, which enables players to fast travel in the game. It’s worth looking into for even non-collectors, despite the somewhat shady implications of locking such a quality of life enhancement behind an Amiibo.

Loftwing Amiibos are currently sold out at most retailers. However, when they restock, they should be available at one of the sites listed on our Loftwing Amiibo pre-orders page. This Amiibo typically sells for about £29 in the UK and $25 in the US.

The Legend of Zelda: Skyward Sword Joy-Cons are also available for pre-order. These royal blue handhelds should ship around at the same time as the game. People can buy physical copies of the game from select retailers or download the game from the Nintendo eShop starting July 16.

Follow us on Twitter for more pre-order info or generally great deals in gaming. Or, head over to the Jelly Deals site for buyer’s guides for products in tech, entertainment, and more.