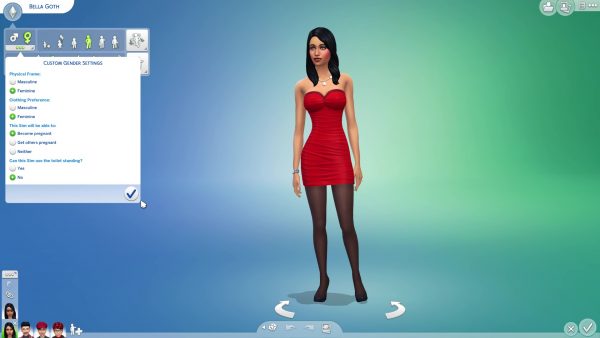 Cheats, glorious cheats: they’re such a staple of The Sims series that it’s hard to imagine playing without them. The Sims 4 is no exception, with a frankly staggering number of cheat codes and debug interactions that let you control even more aspects of your Sims’ lives than you’re technically supposed to.

How to cheat in The Sims 4: Getting started

On PC, press Ctrl + Shift + C to open the cheat console. A text box will appear in the upper left of the screen for you to type in and enter your cheat commands.

On Xbox One or PS4, hold all four shoulder buttons at once to open the cheat console.

Most of the cheats on this list require you to enable testing or debug cheats in-game before they can be activated. In my experience, leaving debug cheats enabled in the background doesn’t interfere with your game in any way, and it’s a good anti-frustration feature when you do want to cheat quickly.

To enable debug cheats in your game, enter the following into the cheats console: testingcheats true. 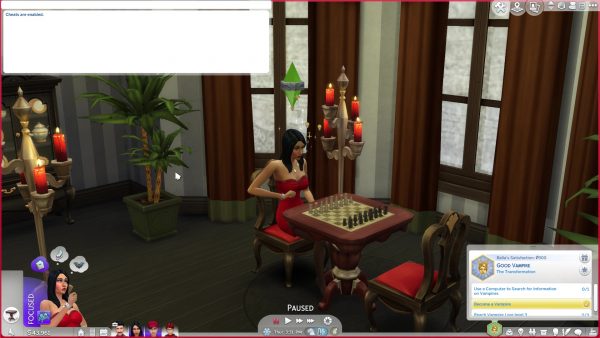 A notification should appear below the console letting you know that cheats have been enabled.

You can turn them back off again by entering testingcheats false.

Many players — myself included — simply can’t imagine The Sims without money cheats. Even people who make a point of avoiding cheat codes in other areas of the game often aren’t averse to using a couple of these when they’re getting started.

In ordinary gameplay, The Sims 4 allows you to use a mirror or dresser to re-enter a limited version of Create-A-Sim at any time. You can use this to change a Sim’s outfits, make-up and accessories, hair colour and style, etc. As of Patch 113, you can also edit a Sim’s likes and dislikes.

However, there are quite a few things you can’t change about your Sim using a mirror, including their body shape, facial structure, skin tone and eye colour, traits and aspirations, gender customisation, and more.

In order to fully re-enter CAS and modify your Sim without restrictions, you need to have debug cheats enabled (see above). Enter CAS.fulleditmode into the cheats console and then Shift + Click on your Sim. You should see an option called CAS Full Edit Mode. Clicking this will instantly take the entire household back to the full character creator.

Changing a Sim’s personality and other character values

The vast majority of cheat codes in The Sims 4 relate to character values in some way. Many of these can’t be changed even in CAS Full Edit Mode. If you want to overhaul any aspect of a character’s Simology, check the table below, because there’s probably a cheat for it:

Despite the game’s mixed reception in other areas, The Sims 4’s build mode is widely praised as the best in the franchise so far. However, there are still some restrictions on your creativity that you might prefer to see removed. Enter the following cheats to give you a bit more freedom when designing your Sims’ world.

Additionally, you can resize objects by holding Shift + [ or Shift + ]. This isn’t so much a cheat as a hidden feature, but it can be very useful when building. 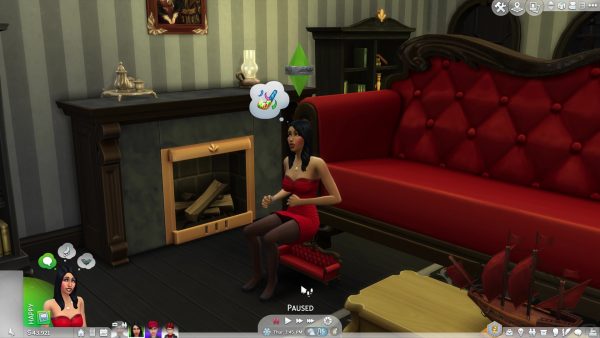 Resized objects retain their functionality. Just be aware that Sims’ animations when interacting with the object will stay the same, even if it’s now much bigger or smaller than it should be. The results can be hilarious or unnerving, but are rarely photogenic.

These aren’t so much cheats as features that aren’t readily advertised within the game itself. They remove the game’s UI and give you more freedom to move the camera, which is useful if you’re trying to capture a particular photo or gameplay clip. Note that you can’t actively control your Sims while using these.

There are a lot of debug cheats in The Sims 4. As mentioned above under Character cheats, once you have testing cheats enabled, you’ll be surprised how many things in the game you can shift-click to see their debug functions. There are far too many to go into detail about them all, but here are a few of my favourites:

Whether they’ve glitched into a shrubbery or suddenly forgotten how stairs work, it’s just a fact of life that sometimes Sims get stuck.

Luckily, if it’s a Sim in your active household, you have some options before you’re forced to start tearing up gardens and knocking down walls to free them. Shift + Click on the ground and select Teleport Here for a quick solution to the immediate problem. 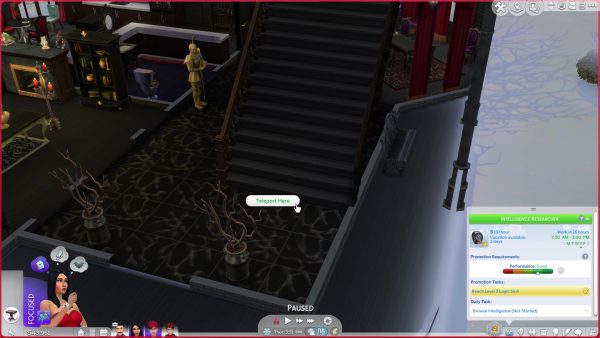 Then you can work out what’s interrupted their pathfinding without worrying about keeping their needs high in the meantime.

If you have the Eco Lifestyle EP installed, you’ll probably feel that some of the Neighborhood Action Plans (NAPs, for short) introduced in the pack are pretty great! Others… not so much.

I’m talking mainly about the Sharing is Caring NAP, which permits NPCs to nick anything that’s not nailed down and also most things that are. (I don’t know how Francine Spencer managed to fit an entire fitted counter into her back pocket, but she did, and now I need to buy a new one.) But really, any NAP can be annoying if it sneakily gets itself voted on in a neighbourhood you were roleplaying in a very different way. 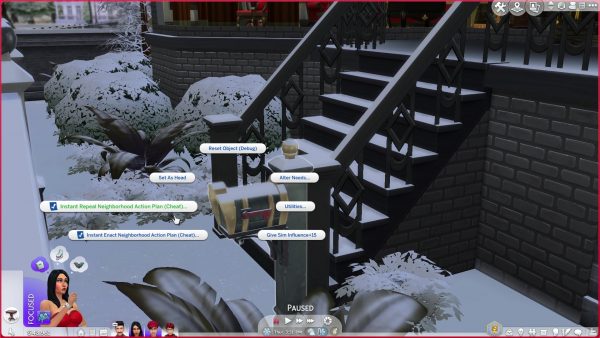 You can repeal unwanted NAPs through gameplay, but it’s a time-consuming process with no guarantee of success. Luckily, with testing cheats turned on you can shift-click on your active household’s mailbox and you’ll see an option to Instantly Repeal NAP. A pop-up menu will give you a list of active NAPs to choose from. Yeet Sharing is Caring into the sun and you can get on with your life untroubled that your next door neighbour is about to literally walk off with your kitchen sink.

You can also use the same mailbox debug menu to Instantly Enact NAP. In fact, this allows you to just set all four NAPs for the neighbourhood to whatever you want immediately if you prefer, removing the risk that the game will force a dud one on you.

The post The Sims 4 cheats | Cheat codes and debug options for every occasion appeared first on VG247.