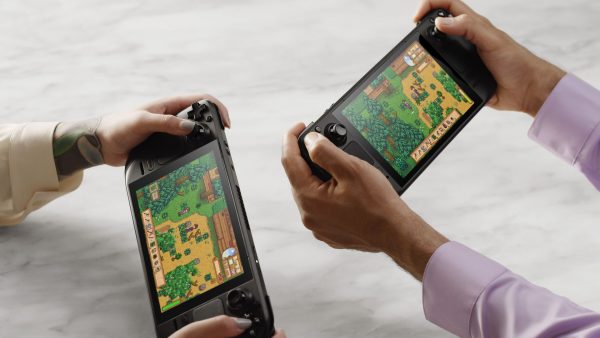 Ubisoft CEO Yves Guillemot has noted that the publisher will bring its games to the newly announced PC handheld, Steam Deck, if there’s enough demand.

The long-time CEO replied to an investor question about his thoughts on the Steam Deck by noting that – if the handheld becomes popular enough – the French publisher may opt to put its games on the hardware.

“We’re happy to see Steam Deck coming to the industry, it shows that it continues a flow of very innovative new hardware coming to the market,” he told investors (cheers, IGN). “So we will look and see how big it becomes, but if it’s big we will be able to put our games on it.”

You may be thinking that’s a strange statement, given that Ubisoft doesn’t release its games on Steam at the moment – and you’d be right. It’s almost as if Guillemot is treating Steam Deck as an additional platform… rather than just an extension of Steam.

Ubisoft has been vocal in its criticisms of Steam in years gone by. Back in 2019, Ubisoft called out Steam’s 30% cut ‘unrealistic’ and a driving factor in why Ubisoft has kept its titles away from Valve’s storefront.

That’s why the publisher has opted to release most of its more recent, high-profile titles via Epic Game Store, instead – that lower cut that Epic takes is mighty tasty in Ubisoft’s eyes.

It’s an odd stance, since Ubisoft goes all-in on other untested platforms, like Stadia and Luna, but maybe the publisher’s desire to be anywhere the money is will make it forget its once strongly-held views about Steam and release its games on Steam Deck, after all.

At least you won’t have to worry about analogue stick drift, if you do want to play Assassin’s Creed Infinite on Valve’s portable device.

The post Ubisoft says it will bring games to Steam Deck “if it’s big enough” appeared first on VG247.