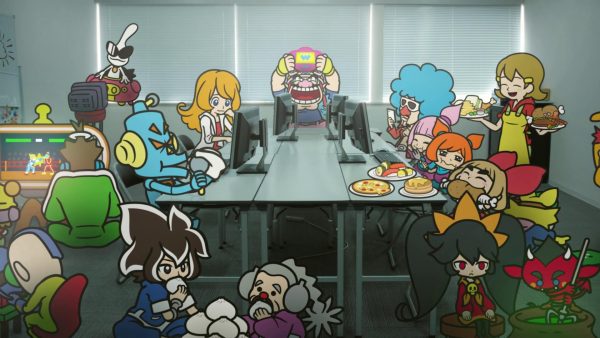 WarioWare: Get It Together! was just announced at Nintendo’s E3 2021 Nintendo Direct, and it’ll bring two-player co-op to the classic microgame series.

Lock up your, um, Koopas – Wario is making his triumphant return to relevance, and he’s doing it in style. WarioWare: Get It Together! is the latest compilation of the character’s microgame series that promises an all-ages experience for Nintendo when it launches on September 10.

“Take on over 200 quick and quirky microgames — lightning-fast minigames filled with frantic fun — solo or with a friend!” says a Nintendo press release.

“When his latest harebrained business scheme goes awry, Wario must use his signature style (and smell) to fix it. How? By playing a twisted collection microgames of course! From assembling a robot to pulling out a statue’s armpit hair, the WarioWare: Get It Together! game is a comedic, cooperative microgame mashup.”

Check out the madcap trailer below.

We’ve seen Wario appear on Nintendo DS and DSi, Nintendo 3DS, and Wii since his solo game debut with WarioWare, Inc.: Mega Microgames! back on the Game Boy Advance in 2003. It’s nice to see the stinky anit-Mario finally appear in his own game on Switch, then.

“For the first time, YOU control Wario and friends inside their own chaotic games. Use their distinctly absurd abilities to take on a rush of microgames,” the press release continues. “Tip a turtle with the help of Wario’s dash or choose Ashley and hurl a spell at it. In WarioWare: Get It Together!, mix and match characters and microgames for maximum fun!”

It sounds off-the-wall – and we cannot wait to play it.

WarioWare: Get It Together! arrives for Nintendo Switch exclusively on September 10.

The post WarioWare: Get It Together! is a brand new WarioWare game coming to Switch in September appeared first on VG247.