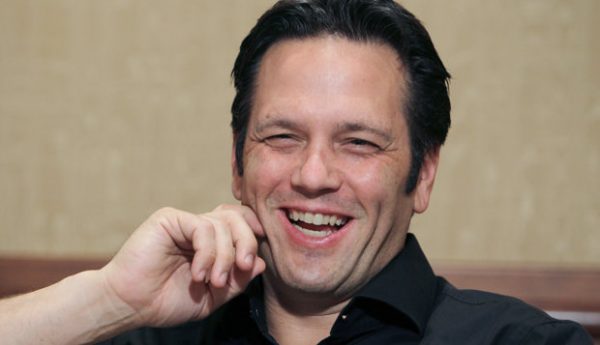 Phil Spencer has, in a rare occurrence, compared Xbox’s strategy with that of Sony’s.

Xbox has significantly changed its approach to platform and content over the course of a few short years. Under Phil Spencer‘s leadership, Xbox went from losing to Sony’s PlayStation, to changing the game completely that this comparison no longer matters.

This was, of course, chiefly achieved by bringing Xbox games to PC day-and-date with console, and expanding the reach of the Xbox platform to the cloud, which opens up the ecosystem to millions of players who wouldn’t, or couldn’t own an Xbox console.

At a pre-E3 briefing with members of the press (via PC Gamer), Spencer reaffirmed Microsoft’s commitment to this platform-agnostic strategy, and opened up about rival Sony – though without naming it directly.

“We’re the only platform shipping games on PC, cloud and console simultaneously,” explained Spencer. “Others bring console games to PC years later, not only making people buy their hardware up front but then charging them a second time to play on PC.”

Spencer is obviously referring to Sony, and its strategy to bring random PlayStation exclusives to PC years after their debut on console, seemingly without a discernible pattern. Spencer was also keen to point out that Xbox’s strategy has allowed the brand and the audience to grow, creating opportunities on new platforms.

“We expanded to simultaneously shipping our first-party games on both console and PC,” he said. “And last year we more than doubled our first-party retail games sales on PC. And we’re also one of the biggest third-party publishers on Steam.”

More than that, investing in cloud also offers a boon for PC players who do not own the latest hardware, another avenue Spencer wants to exploit.

“With cloud gaming, we now have the ability to bring these great AAA-quality games to the hundreds of millions of below-spec Windows PCs that to date haven’t been able to play the hit games that everybody sees.”

We’re no doubt going to see more of those at Xbox and Bethesda showcase this Sunday.